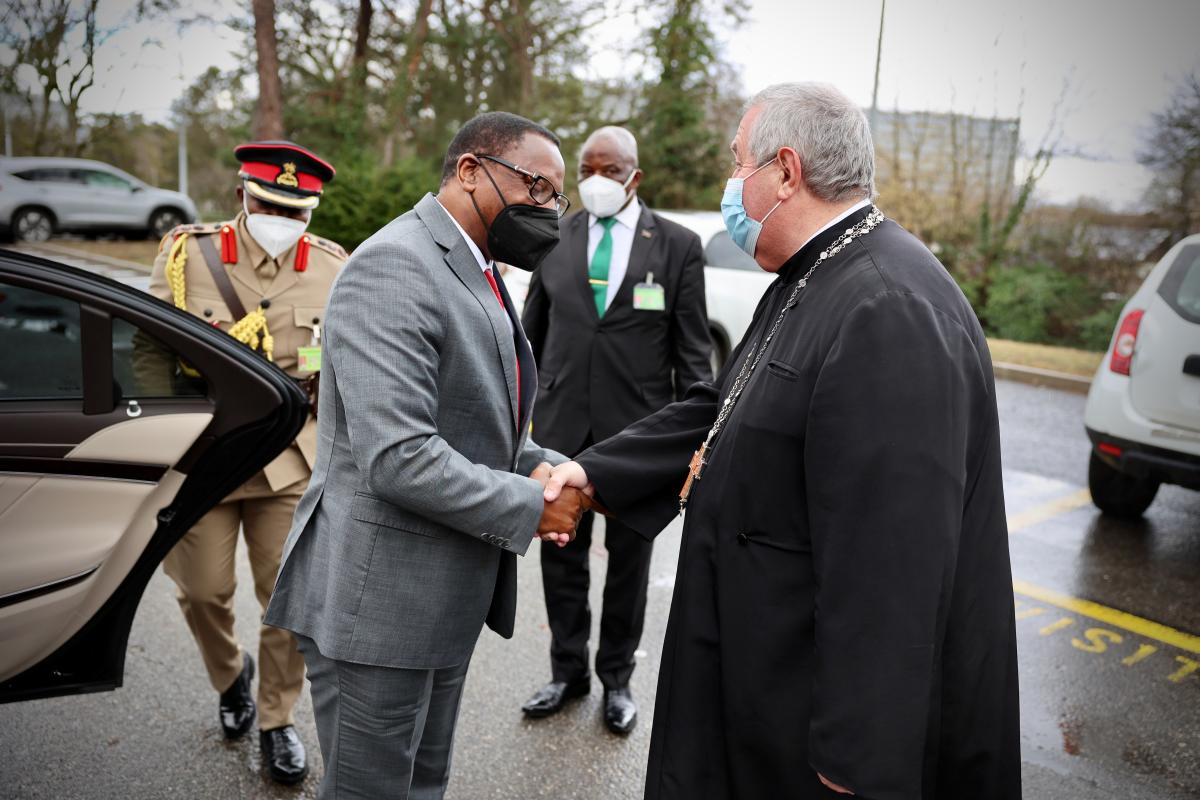 Chakwera, who is also chair of the Southern African Development Community and an ordained minister and former president of the Assemblies of God in Malawi, received an overview of the WCC’s work, particularly the WCC programmes focused on the spiritual role of the WCC for unity, justice, and peace through the theological work with Faith and Order, the Pilgrimage of Justice in Peace, Thursdays in Black, and human rights.

Sauca expressed what an honor it was to have Chakwera and his delegation visit the WCC. “It is an official visit but also a visit with sisters and brothers in Christ,” he said, adding that the bond which keeps the churches in the WCC fellowship together is the common confession that “Jesus Christ is God and Saviour according to the Scriptures.”

Chakwera said the visit is something he will treasure for the rest of his life—his first visit to the historic city of Geneva. “I come with greetings from your brethren in Malawi,” he said. “I am happy that this reminds us of how we are one.”

He spoke strongly of the churches’ role in Malawi, and their role in shaping the future that Africa wants and, he believes, will reach. “Nobody can doubt the role of the World Council of Churches, and the worldwide fellowship,” he said.

“The unity is demonstrated, a common witness is born, and Christian service is rendered,” he said. “Programmes have offered ecumenical interventions with collaborations, resources for education, peace and justice, and ecology,” he said. “I am more than gratified because of the whole range, because of the spectrum over which the church does get involved.”

A prayer in the chapel afforded an opportunity for Chakwera and his delegation to join in prayers for unity, justice, and peace.

Chakwera, who was sworn in as president of Malawi in June 2020, has vowed to unite the country and fight poverty.

Photo gallery of the visit