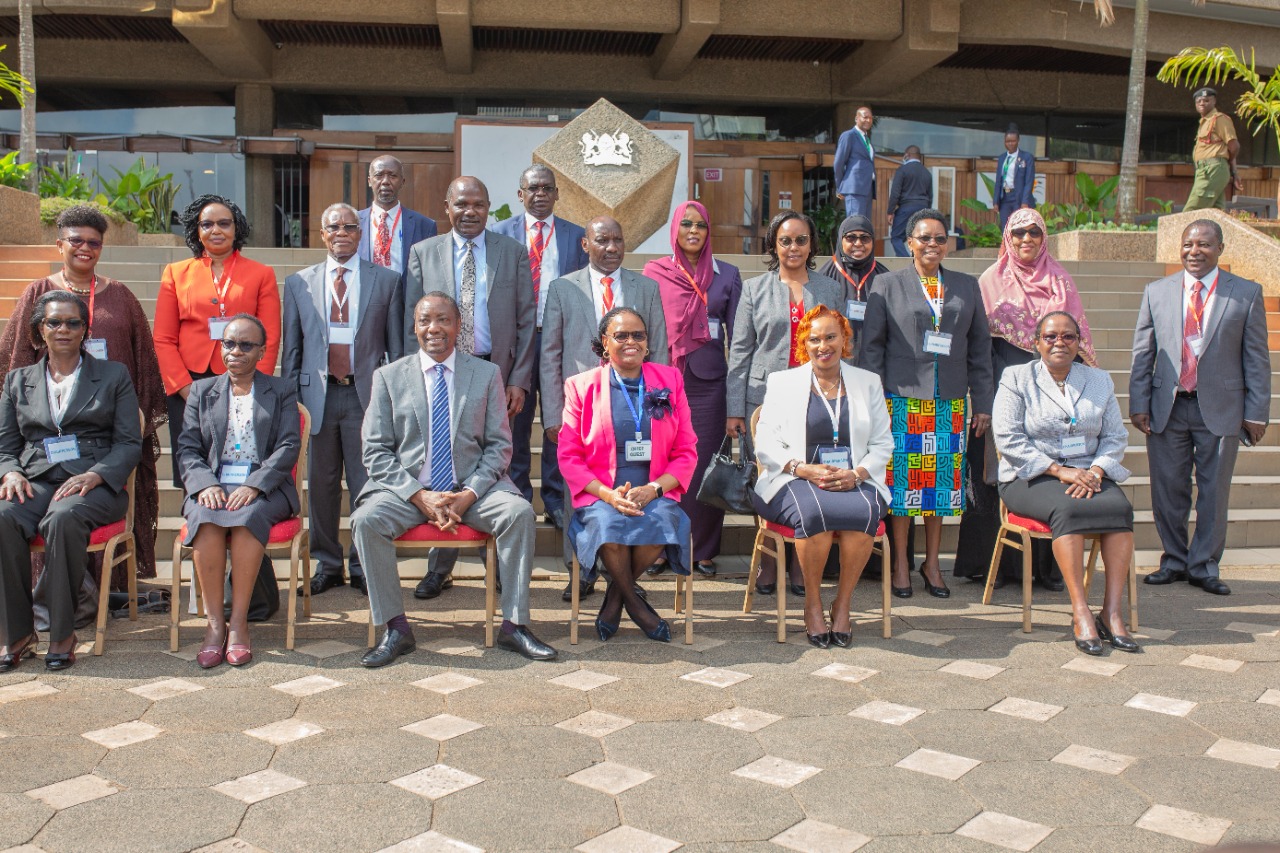 Constitutional commissions and independent offices are marking their 10th anniversary today at KICC.

The bodies numbering over 20 were formed in 2012 following the promulgation of the 2010 Constitution to enhance service delivery to citizens.

National Cohesion and Integration Commission (NCIC) Chairman, Rev. Samuel Kobia opened the celebrations themed ‘Celebrating a Decade of Promoting Constitutionalism & Observance of Democratic Values & Principles’ noting that since their establishment under the Constitution of Kenya 2010 the constitutional commissions and independent offices have proved to be key pillars of sovereignty and democracy.

Chief Justice and Chairperson of the Judicial Service Commission Hon. Justice Martha Koome, gave opening remarks at the event. “Covid-19 has proved to all that joint collaborations are key in moving any development agenda even in times of crisis,”
“The CCIOs have risen to time & have emerged as a catalyst for the evaluation of the attribution & arguments of the 2010 constitution. They have proved to be a consequential institution & have made an influence within our country’s govt,’ Chief Justice Martha Koome
President Kenyatta who spoke on Tuesday during a meeting with chairpersons of the constitutional commissions and holders of independent offices who paid him a courtesy call at State House, Nairobi, asked them to continue working closely in achieving the hopes, aspirations, and dreams of Kenyans.
“I ask you to use this anniversary celebration to reflect and commit to dedicating your efforts to serving Kenyans. I trust that you shall use this opportunity to also brainstorm on how you can better cooperate amongst yourselves and leverage on your shared position as Chapter 15 commissions.” President Kenyatta said.
He further said, “In every word and action you take as Commissions, you should advance the principles of governance and the national values espoused under Article 10 of the Constitution. Every word and action you take should bring Kenya closer to being a more just, equitable, and prosperous nation.”
Share
Facebook
Twitter
Pinterest
WhatsApp
Previous articleClinical Trials for Injectable ARVs in Kenya
Next articleCurtis Grimmes I lost my career but gained Christ