Curtis Grimmes I lost my career but gained Christ 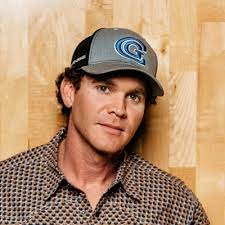 Drinking… partying…  throwing his dreams away for a girl – Curtis Grimes’ life as a Country music star sounded like something straight out of a Country music song. In his award-winning career, Curtis has shared the stage with the likes of Kenny Chesney and LeAnn Rimes. But when he tried to go straight, his label dropped him like a hot potato. Still, Curtis says losing his career was when it truly started.

From the time he accepted Christ at eight years old, making it big—for God—was Curtis’ game plan; just not as a musical artist. “Growing up, I remember telling my dad, ‘Hey, when I’m big, I want to play major league baseball and I want to use that platform to tell people about Jesus’,” he recalls.

And for much of his young life, Curtis pursued baseball with a passion. By his freshman year of high school, he was starting pitcher on the varsity team. That’s also when he started drifting from his faith.

Now hanging out with his teammates, Curtis began indulging in drinking and sex. “At that point, it was just to fit in, to be cool, to hang out with the boys. I wanted them to respect me, feel like I was as, as cool as them at the time. And then fast-forward, four or five years, and now like I couldn’t tell you the last time I went to church.”

Still, as an all-state pitcher his senior year, Curtis took his high school to the state championship and earned a scholarship to Centenary College. His plans for major league baseball would soon be derailed. Curtis fell in love – or so he thought.

“I got engaged and I quit baseball and then we broke up. When I wanted to go back and try to do it again, I wasn’t eligible. So here I was left holding the bag. Just to quit for a girl and then to throw it all away. I mean, you talk about regret.”

Now partying even more, it was at that point that music entered his life. He picked up his roommate’s guitar and discovered a talent for music.

For more the stories;