A Christian nurse practitioner has filed a complaint with the Equal Employment Opportunity Commission, alleging that CVS discriminated by not granting her a religious exemption from dispensing contraception and terminating her for refusing to do so.

In response, the national drug store chain defended its policy to require nurses to perform “essential functions” of the job.

The First Liberty Institute, a religious liberty legal nonprofit, wrote a letter to the EEOC on behalf of nurse Robyn Strader Tuesday. The document stated that Strader worked as a nurse practitioner at a CVS Pharmacy MinuteClinic in Keller, Texas, for 6.5 years until she was fired for refusing to prescribe contraception because doing so conflicted with her religious beliefs.

“Before her first day on the job, Ms. Strader asked for a religious accommodation not to prescribe contraception, and upon hiring her, CVS agreed to accommodate her religious beliefs,” First Liberty Counsel Christine Pratt wrote in the letter. 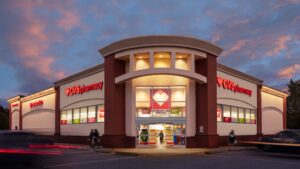 “For the next 6.5 years, CVS accommodated Ms. Strader with no issues. On the rare occasions someone requested contraception, Ms. Strader referred them to the other nurse practitioner at her location or to another CVS MinuteClinic two miles away.”

Strader’s work experience changed dramatically on Aug. 26, 2021. That is the day “CVS announced that all nurses must perform essential services related to pregnancy prevention,” including contraception.

After firing Strader, Pratt said that CVS claimed that “she never requested a religious accommodation and that accommodating her would cause CVS an undue hardship.”

The lawyer argues that CVS violated Title VII of the Civil Rights Act of 1964, which prohibits employment discrimination based on religion.

Title VII declares that “it shall be an unlawful practice for an employer … to discharge any individual, or otherwise to discriminate against any individual with respect to his compensation, terms, conditions, or privileges of employment, because of such individual’s race, color, religion, sex, or national origin.”

“I am a Christian and longtime member of a Baptist Church,” Strader claimed in a discrimination charge signed Monday. “I believe that all human life is created in God’s image and should be protected. For this reason, I cannot participate in facilitating an abortion or participate in facilitating contraceptive use that could prevent the implantation of an embryo, cause an abortion, or contribute to infertility.”

Strader accused her former manager of pressuring her to abandon her religious beliefs that motivated her steadfast opposition to contraception. Specifically, she reported that her former manager told her, “you are doing this to yourself” when speaking of her impending termination and took issue with her “strong beliefs.”

In a statement to The Christian Post, CVS’ Executive Director of Corporate Communications Mike DeAngelis insisted that while the company couldn’t comment on a “specific complaint filed with EEOC,” it has “a well-defined process in place for employees to request and be granted a reasonable accommodation due to their religious beliefs, which in some cases can be an exemption from performing certain job functions.”

“It is not possible, however, to grant an accommodation that exempts an employee from performing the essential functions of their job,” he argued. “We continue to enhance our MinuteClinic services, growing from providing urgent care to offering more holistic care.”

In a statement, Pratt cited Strader as an example of “corporate canceling of faithful religious Americans,” which she demanded “must end.”

In recent weeks, other major corporations have reached settlements with religious employees after their refusals to accommodate their deeply held beliefs led to lawsuits. Last month, an Amazon delivery service provider paid $50,000 to a former Christian employee fired for refusing to work Sundays.