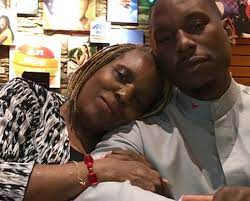 Hollywood actor Tyrese Gibson shared with his fans that he asked Jesus to embrace his mother, who died on Valentine’s Day following weeks of pleading with his followers to pray that his mother would recover from COVID-19 and pneumonia, which led to her being hospitalized.

Priscilla Murray was admitted into a hospital earlier this month, and her son rushed to be by her side, where he was frequently seen posting prayer requests on social media.

On Monday, the “Fast and Furious” actor shared that his mother had passed: “On behalf of my family and everyone who ever spent anytime praying tor [sic] my mother This is the saddest moment of my life,” Gibson wrote on Instagram, along with a video of him holding his mother’s hand. “My sweet Valentine just passed away. … May the Lord Jesus Christ and his angels open the doors of heavens and embrace her.”

The actor said he and his family are “broken” and “can’t believe” that she’s gone.

“May the Lord Jesus Christ honor your walk with him and embrace you into the heavens,” Gibson wrote to his mother, with whom he had a strained relationship.

He first shared that his mother had been hospitalized in a  Feb. 5 post on Instagram, where he said: “My mother is in a coma, in ICU, with pneumonia and she caught Covid they got her so sedated she can’t breathe or even eat on her own. I need prayers the most sincere prayers from you prayer warriors.”

The California native who’s declared that he’s a professing Christian despite his sometimes vulgar content, went to the hospital to be by his mother’s side in ICU. While there, he testified that he was relying on “the mighty power of Jesus to keep” his mother. He also thanked his fans for their “outpouring of prayers.”

The R&B singer who pleaded that his supporters continue to pray for his mother by name is now asking that his fans keep him and his family in prayer.