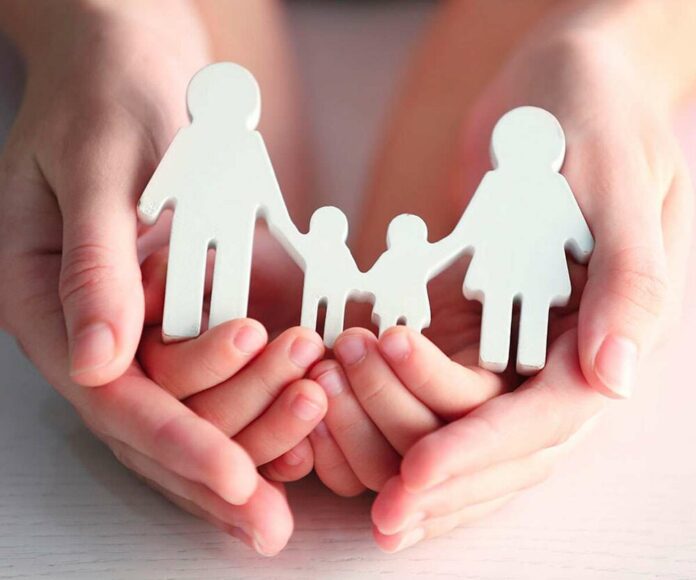 Adoption is the process of legally taking someone else’s child and raising them as your own. The culture has been around for centuries when human beings would go to war and not return, leaving their young children behind and the rest of the community would take care of them. Even animals do the same. If you scour the internet, you will see different animals taking care of the young of another animal that is dead or unavailable. I have seen a bear raise a lion cub! Imagine that. But adoption is one of the highest acts of humanity and selflessness that one can display.

When we were kids, I remember the first few times I heard the term – God is our father; and my dad would pray and refer to God as our father. And I never understood what that meant. I would ask him later on that if God is our father, who is our mother? I think I asked him if he is my dad or my brother when I started going to Sunday school and why everyone thought God is their father, including old people.  He has never answered me to date. Being a child was just something else.

The Bible is the true story of adoption. We, sinners, absolutely do not deserve the love that God freely gives us and calls us His Children, through the forgiveness of our bottomless sins and the death and resurrection of Jesus. Here are some scriptures regarding adoption and acceptance.

Ephesians 1:5 “God decided in advance to adopt us into his own family by bringing us to himself through Jesus Christ. This is what he wanted to do, and it gave him great delight.

James 1: 27 “Religion that God our Father accepts as pure and faultless is this: to look after orphans and widows in their distress and to keep oneself from being polluted by the world.”

Psalms 146:9 “The LORD watches over the foreigner and sustains the fatherless and the widow, but he frustrates the ways of the wicked.”

Psalms 68: 6 A father to the fatherless, a defender of widows, is God in his holy dwelling. 6 God sets the lonely in families, he leads out the prisoners with singing; but the rebellious live in a sun-scorched land.”

John 1:12-13 “Yet to all who did receive him, to those who believed in his name, he gave the right to become children of God— 13 children born not of natural descent, nor human decision or a husband’s will, but born of God.”

Galatians 4:4-7 “But when the fullness of time had come, God sent forth his Son, born of woman, born under the law, to redeem those who were under the law, so that we might receive adoption as sons. And because you are sons, God has sent the Spirit of his Son into our hearts, crying, ‘Abba! Father!’ So you are no longer a slave, but a son, and if a son, then an heir through God.”

Romans 8: 14-17 “For those who are led by the Spirit of God are the children of God. 15 The Spirit you received does not make you slaves so that you live in fear again; rather, the Spirit you received brought about your adoption to sonship. And by him, we cry, “Abba, Father.” 16 The Spirit himself testifies with our spirit that we are God’s children. 17 Now if we are children, then we are heirs—heirs of God and co-heirs with Christ if indeed we share in his sufferings so that we may also share in his glory.”

Here are some examples of adoption stories in the Bible:

Add your own examples guys. Is it not great to know that God our Father in heaven has accepted us as His own, we are his children, no matter our background, history, and our Lord refers to us as His own?

But what I find more encouraging and the true reflection of the love of God is that He says He is the Father to the Fatherless, the husband to the widows, that He will always defend them from harm. What could be more perfect than learning that you are never truly alone in this world because you have a father that loves you unconditionally? Excuse me kindly, I need to go spend some time thanking God for His love. You should too.