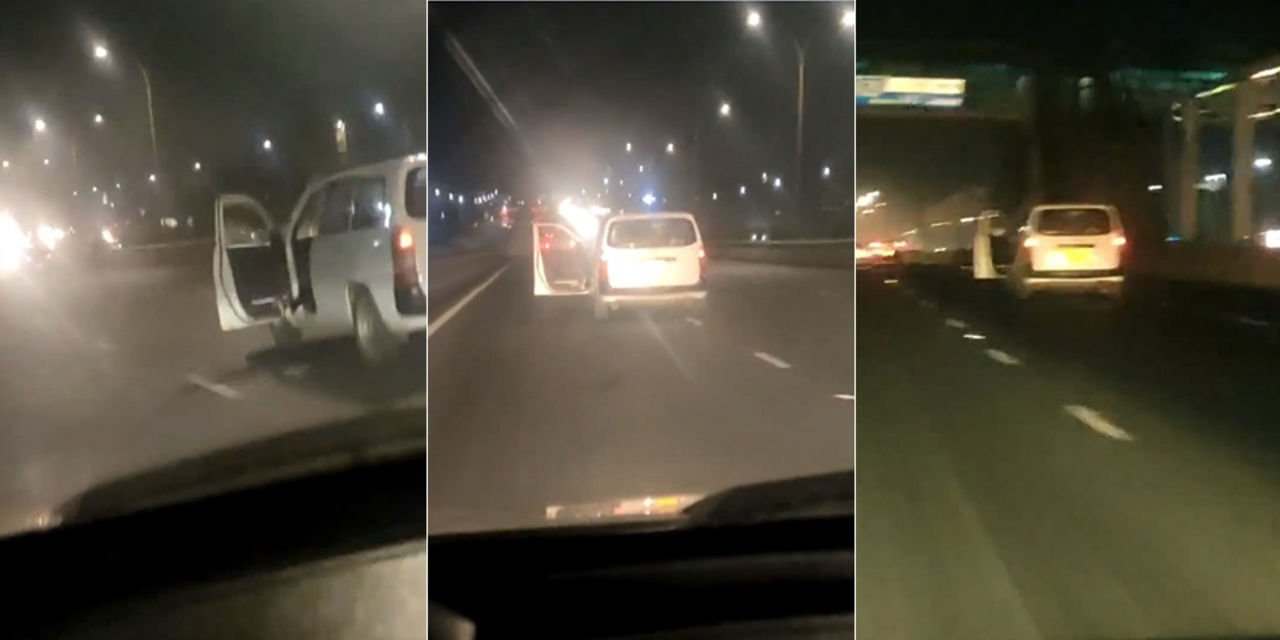 “A speeding car, an open co-driver door seat and screams of help from a young woman.” This all seems like scenes from an action film, well you are wrong? This was happening on Thika Road last week. Kenyans took the power and called on justice for the lady as they tagged and tweeted the DCI, they made sure the clip trended on the better half of Sunday. It’s not absurd why they did it, kidnapping cases and assault cases have been on the rise in the country. Why stay still when you can make a difference?

The National Police Service responded, “It has since been established that the incident involves a couple (boyfriend and girlfriend) who had a disagreement after a social outing within the city. The lady wanted to alight and go home, whilst the boyfriend insisted on spending the evening together.” Before the Police Service responded, rumours were making rounds that the lady was “overreacting” because the guy had refused to close the door for her.

They say the affairs of the heart are like burning flames passionate to consume all they come across. But why did our 5 common senses go to? Yes, you didn’t want to go with him, but why are you opening the door and trying to jump out of a moving vehicle at high speed!! What if you succeeded and got ran over by another vehicle this would have been a murder case? The gentleman, excuse me “the man” should have known better. You cannot force someone to do anything against their will, no one is entitled to anyone’s life.

Well, I am not writing this as a moral cop, but Truth be Told the next time such an incident happens do you think most people will trend it and tag the DCI? Let’s call a spade a spade!