The Church Has Left The Upper Room To The Boardroom 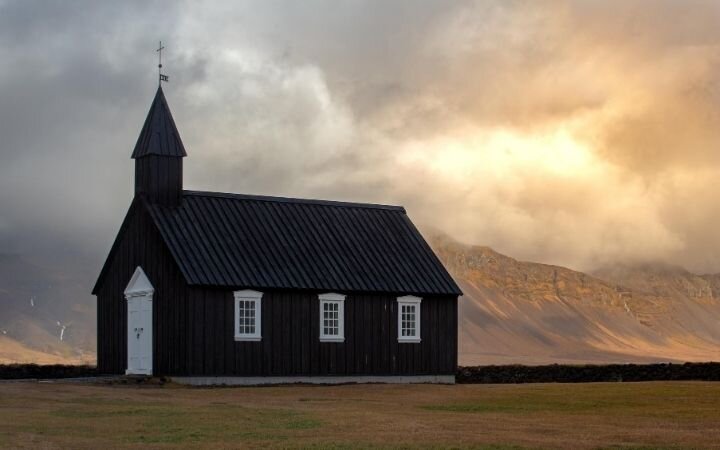 The name ‘church’ which stems from the Greek word ‘ekklesia‘ means ‘the called out ones’. We have been called and gathered by God (Lexical Aids to the New Testament: Strong’s Concordance). The term appears for the first time in the New Testament as mentioned by Jesus Christ Himself (Matthew 16:18). Otherwise, we can only trace the church in the Old Testament by looking at the Nation of Israel.

Jesus said, “I will build my church, and the gates of hell will not prevail against it”. This was a futuristic statement. The church would only exist after Jesus had died and been resurrected. Thus the church was born by the power of the cross and resurrection and was not going to be “functional” until it was to be officially flagged off on the day of Pentecost (Luke 24:49, Acts 1:4,8 & Acts 2:4)

The church of Jesus was born on the knees and it expanded and grew on the knees. It was purely a divine idea. It was never born as a merely human point of discussion by a few people in a hotel room, over a cup of tea.

Unfortunately, religiosity has taken centre stage and dropped the church or transferred the church from the upper room to the boardroom.

So when exactly did the church leave the upper room for the boardroom; or when did the upper room turn into a boardroom? Could it have had something to do with the physical discomfort in the upper room where the only language applicable is that of groaning and birthing? Well, of course, there’s definitely good comfort in the board room because many times, I am sure, you will not miss the serving of tea, together with the cozy chairs and good air conditioning, with a nice view of the gardens and a frequent glance at your car in the parking area!

When there seemingly arose pressing matters of any nature in the entire history of the early church, the Apostles insisted on sticking to the blueprint – the ministry of prayer and the ministry of the word. This became their mantra, be it on administrative issues, doctrinal upheavals, or any social need including when they felt threatened by the powers that be. It definitely paved way for more spirit-guided leadership and spirit-filled individuals serving at the tables. Today, we would rather discuss the way forward than pray through it, to know the mind of Christ. (Acts 4: 23-33. Acts 6).

The Apostles consulted in prayer when they needed to make a replacement for Judas Iscariot. But today, that would be too small a matter to involve God. We would simply look out for those with ‘good qualities’ like best tithers, good oratory skills, nice education background, and so on (1Samuel 16).

The boardroom church demands for a leader of their own choice, in order to look like other nations, hence they will always end up with a King Saul – God’s permissive will. This kind of church copies and borrows worldly styles and standards while hiding behind scriptures like, “the children of this world have become wiser than the children of light”. They would like to catch up with the way the world does things. They embrace modernity. They are contemporary. They are traditional. They are conformists. They want to fit in, rather than to be separate for God. They make efforts to trend. They are unwilling to pay the cost of presenting an alternative culture ( Romans 12:1-2)

On the other hand, the upper room church is like Hannah who gets intentional and stops using Peninah for a cheap excuse. She gives a cold shoulder to her husband’s soothing boardroom talk but keeps groaning until she births Samuel – the embodiment of a triple dimension of anointing – a prophet, a priest and a Judge at the same time (1Samuel 1). Hannah doesn’t want it faked. She wants it real! Hannah doesn’t entertain shortcuts and counterfeits. She understands that her mindset and trajectory will not be a walk in the park. She knows too well that the path she has chosen may take a little longer and that she even risks being misconstrued by Eli – the religious systems and norm. The upper room church will wait until they birth the real Samuel – the asked of God, and not Ichabod – “the glory has departed”.

They push in prayer until they achieve the real Isaac – the covenant/promise child, and not Ishmael – the child of the boardroom discussion! (Genesis 16:1-6, 1 Samuel 4:17-22)

On the flip side, the boardroom church will employ all machinery, including big time advertisement and marketing to keep them going. They will endeavor to fast track the process, even by hiring a comedian or two to give several punchlines in between, so that the delegates don’t get bored in the ‘leaders conference’.

The upper room church is crucified with Christ – they have taken the way of the cross and all they want is to see Christ glorified on every side.

The boardroom church is a carnal church wanting to meet the needs of the flesh. The sermons and teachings are all tailor made and seeker sensitive: they target a specific way of response and particular results. They are after fame, big names and wealth. The upper room church is crucified with Christ – they have taken the way of the cross and all they want is to see Christ glorified on every side. (Matthew 23: 1-9, Philippians 3: 18-19)

The boardroom church is the Pharisees and Sadducees incarnate. They love to critique and question why the young men are praying too much and wasting church resources by having so many evangelistic activities, and why we have to spend so much on a crusade which did not yield more church members last time. They question why the Pastor is preaching too long sermons and why he did not greet elder so and so. They focus on the traditions of men. The boardroom church has produced weak believers and blind ones for that matter ( Matthew 15:1-14).

The boardroom Pastor is a tired Pastor and a bored Pastor. He would rather find some rest. He is so bogged down by the issues of the ministry and so bothered by how they will be resolved much less than what God is saying concerning the matter. He feels like some of the board members are biased and the board should just be disbanded, if possible, in the next ‘matters arising’. The minutes of the last board seating are too scary to read and the AOBs have always almost become the main Agenda.

The boardroom singers would rather sing praise songs while seated. They produce songs based on sensation. They want to appeal to and be relevant with the itchy ears of modern society. No wonder they can be comfortable singing to entertain on political podiums. They don’t mind using several outfits and hair styles just on one song, let a lone, as I am reliably told, their personal assistants would only sign you in, on some monetary conditions, before you can contract them to perform in your function.

The prophet Isaiah’s admonition is still resoundingly assertive, that it is only as soon as Zion travailed, that she brought forth her sons (Isaiah 66:8, 62: 1, 6-7 ). The upper room wisdom is the wisdom that comes from above. It is Godly. It is heavenly. The boardroom wisdom will usually be full of jealousy and ill motives and will end up in quarrels and misunderstandings (James 3:15-18; James 4:1-4)

I believe this is a prophetic call to the church to go back to the prayer closet and churn her solutions from the knee posture. Let us ascend back to the upper room days! We cannot afford to just discuss it this time. Spiritual matters are spiritually discerned! (1Corinthians 2:9 -16). Let us be ware of the blunders of the boardroom church.

Share
Facebook
Twitter
Pinterest
WhatsApp
Previous article
“Do not fret, do not give up, he did not lie to you, He will make it good!”
Next article
Great battles of the Bible: Joshua at Jericho