Great battles of the Bible: Joshua at Jericho 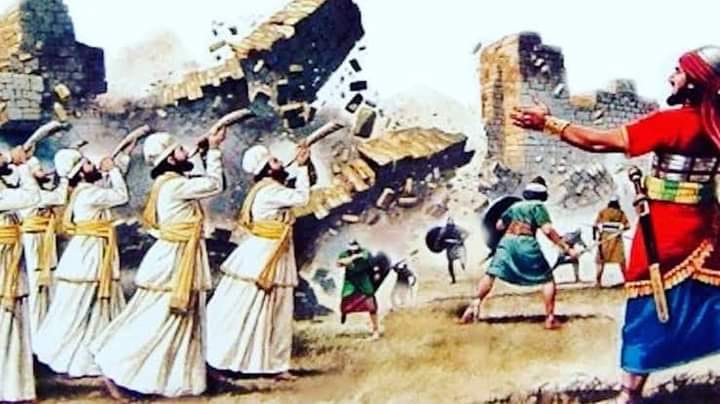 Joshua 6:1‭-‬2 NKJV
Now Jericho was securely shut up because of the children of Israel; none went out, and none came in. And the Lord said to Joshua: “See! I have given Jericho into your hand, its king, and the mighty men of valor.”
Though God had given the city of Jericho to Joshua, he still had to conquer it and walls were standing in his way. These were walls that he had no way of conquering unless God intervened.
Jericho was heavily fortified, and it was securely shut because of the children of Israel, for its inhabitants had had the things God had done for the children of Israel.
If any commander or general heard the strategy that God had given Joshua, they would laugh because humanly speaking it is ridiculous, but Joshua not only believed what God told him, he actually did it.
Joshua had been a witness to the powerful things God had done through Moses, some of which seemed ridiculous to a faithless eye, that he knew how to trust God’s word.
I wonder what the inhabitants of Jericho were thinking, watching from up the wall the children of Israel down below going around their city in silence for 6 days. They must have thought these guys are nuts.
Joshua and the children of Israel believed and implemented in faith God’s strategy and God gave them the victory, the walls of Jericho did come down on day 7.
Humanly speaking, it was next to impossible but as the Bible says, what is impossible with man is possible with God.
Do you have impossibility before you? Ask God for a strategy and follow through in obedience. This one thing is for sure, if you are walking in obedience to the will of God, He will ensure you come out victorious.
Share
Facebook
Twitter
Pinterest
WhatsApp
Previous articleThe Church Has Left The Upper Room To The Boardroom
Next articlePray for One Another