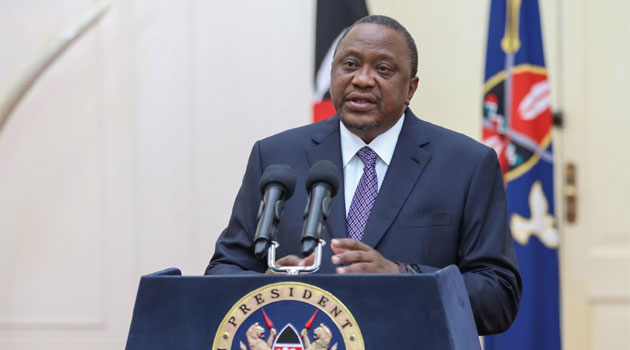 If we analyse the legacy of President Kenyatta most of us Kenyans will focus on the infrastructure, even the President himself during the 59th Madaraka Day celebrations stated, “I am proud to record that if the third Administration built 2,000 km of tarmac roads, we accelerated his achievement by building over 11,000 Kms, which is close to six times what they built. In fact, we have built more roads in nine years than the previous administrations combined, including what the colonizers built in 123 years.”

While still in office, the former US President, Barrack Obama toured the African continent to promote “Human Rights and Freedoms,” In a joint press conference during his state visit in 2015, President Obama said,

“When you start treating people differently not because of any harm they are doing to anybody, but because they are different, that’s the path whereby freedoms begin to erode.”

However, it is the response of President Uhuru Kenyatta that cements his legacy for me as a Christian. The President said, “The fact of the matter is Kenya and the U.S.A share so many values: common love for democracy, entrepreneurship, value for families. These are some things that we share. But there are some things that we must admit we don’t share. Our culture, our societies don’t accept it. It is very difficult for us to be able to impose on people that, which they themselves do not accept. This is why I repeatedly say that for Kenyans today the issue of gay rights is really a non-issue. We want to focus on other areas.” President remarked.

What more can we ask for as a Christian community when it comes to Faith under the 10 years of President Kenyatta’s leadership? He (President) further went on to re-emphasize his stance three years later on an international television station, “I want to be very clear, I will not engage in any subject that is not of any major importance to the people and the Republic of Kenya. This is not an issue of human rights, this is an issue of society, of our own base as a culture, as a people regardless of which society you come from,” President Kenyatta stated in a CNN interview in 2018.

It is important to note that although Kenya is a secular state, the majority of citizens borrow their principles from Christianity. Hence, President Kenyatta, stood firmly by, Ephesians 6:11 which says, “Put on the full armour of God, so that you will be able to stand firm against the schemes of the devil.”

Whether one would argue that he stood with the word knowingly or unknowingly, it’s irrelevant! What is of importance is that he did not sell us short of our values to acquire foreign aid. And for that, Kudos President Kenyatta, may you find fulfilment in the next chapter of your life as you retire!