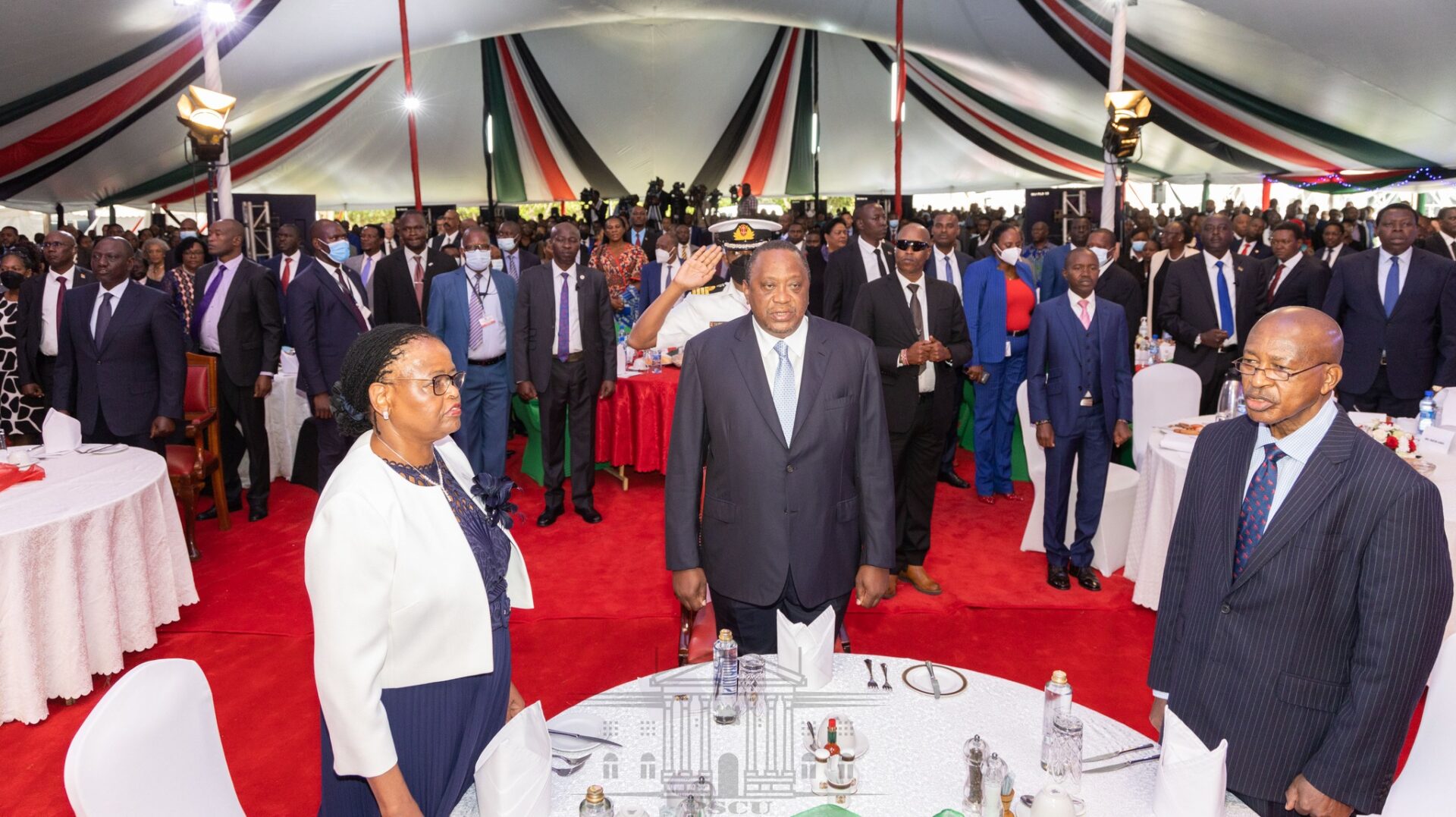 “Today we once again affirm our power of togetherness where all of us notwithstanding our political and religious shades all come together united in prayer. This unity we have displayed today should endure in every aspect of our lives going forward.” President Uhuru said.

On his part, Deputy President William Ruto asked the President for forgiveness, “I know we have tried our best. We may not have done as much as you expected of us. We have not been as united as we should have been. We have failed in some areas. I ask for your forgiveness. I have also been hurt by many people and on this prayer breakfast I forgive everybody, I want us to go into this election free of the debt of hurt.”

Ruto emphasised the need for peaceful elections saying, “We will do everything possible within our power to make sure that the elections are peaceful and I want to believe whoever will be elected in this election, it will be the will of God and we will respect the will of God as expressed by the will of the people.” Ruto said.

In the absence of Hon. Raila Odinga who is DP Ruto’s main contender in the presidential race, DP Ruto had to break the protocol and invite Hon. Martha Karua to the stage.

“It is my prayer that we as leaders, compete in ideas and not insults. This will lessen the tension in the nation, by the way, we treat one another. None of us is perfect, we pray for God’s grace and strength to lead the nation to value-based leadership.” Martha Said.
This year’s ecumenical event was hosted by Kenya’s Bicameral Parliament and had visiting dignitaries from Tanzania, Uganda, and DR Congo among other foreign nations.
Photo: PSCU
Share
Facebook
Twitter
Pinterest
WhatsApp
Previous article
Protecting your mind with the Helmet of Salvation
Next article
Beware Of Self-Medication