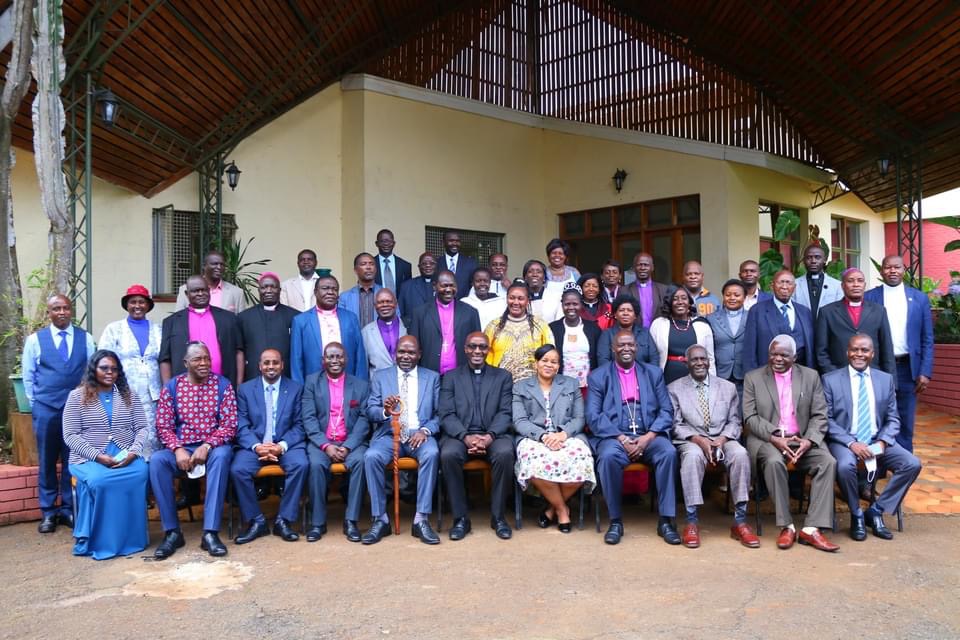 The National Council of Churches of Kenya (NCCK) has joined the nation in mourning the death of The Third President of the Republic of Kenya, Mwai Kibaki.

The Council remembered with gratitude that Kibaki dedicated more than five decades of his life to the serving the people.

According to the clergy, Kenyans attained and enjoyed tremendous expansion of the democratic space and freedom of expression during the tenure of Kibaki saying it is something that Kenyans will always treasure and jealously guard.

Their statement comes as the preparations for the late president Mwai Kibaki’s state funeral slated for Friday this week are now complete. This is according to Interior Cabinet Secretary, Dr. Fred Matiang’I who also chairs the National Funeral Steering Committee.

The plans are in place to transport the body of retired President Mwai Kibaki by road from Lee Funeral Home in Nairobi to his Othaya home for burial.

Principal Secretary in the Office of the President Kennedy Kihara, says unless plans change, the former president’s remains will be driven to Othaya for burial on Saturday with a total of 15,000 mourners expected to attend.