IT’s time for Men to take the Pill 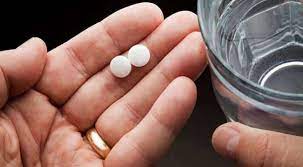 The history of the modern pills began in the mid-1950s after Gregory Pincus and John Rock with help from the Planned Parenthood Federation of America developed the first birth control pills. After several years of trial the pills were released to the public in the 1960s. More advancements have been made since then more so focusing on the women.

Last week a press statement came out stating scientists are now working on a new non-hormonal birth control pill for men. Vasectomy and condoms have been the only option for men all this while the new pill which has been proven successful after lab trials on rodents might by a new sigh of relief for most men. This revelation and disclosure took social media sites by storm as reactions both positive and humorous were showcased.

80% of the men we talked to in Kenya were happy and excited to try the new pill. With most of them stating, “for a long time women have been burden with birth control pills yet in a month the female body undergoes so many hormonal changes,” Joseph M.

Others claimed it would also prove fidelity in marriages, “This will also help men whose wives cheat. In the event she gets pregnant and I’m on the pill. I can confidently say the child is not mine. However, in current times no such option is available hence making most men raise children who aren’t theirs. Only to be told the truth when things go south for them,” Dancun O.

The reaming 20% were sceptical with regards to the side effects. “The birth control pills for women have different side effects depending on the person and that’s why there is an array of products recommended to their patients depending on their bodies.” For most men, the issue of infertility is their number one scare. A scare that the researchers are working on, “Most compounds currently undergoing clinical trials target the male sex hormone testosterone, which could lead to side effects such as weight gain, depression and increased low-density lipoprotein (known as LDL) cholesterol levels. We wanted to develop a non-hormonal male contraceptive to avoid these side effects,” says Noman, a graduate student in the lab of Gunda Georg, Ph.D., at the University of Minnesota.

The move is in the right direction to ensure fairness in all spectrums. It’s time for us men to also take some of the burdens in birth control. As we await further developments from the researchers and the American Chemical Society, all I can ask is are Men ready?

Share
Facebook
Twitter
Pinterest
WhatsApp
Previous article
Anxiety for learners and parents as they await KCPE results this week
Next article
‘God’s Not Done With Us’: Pastor Rallies Congregation With Powerful Message About ‘Hope in Despair’ After Church Burns Down