‘God’s Not Done With Us’: Pastor Rallies Congregation With Powerful Message About ‘Hope in Despair’ After Church Burns Down 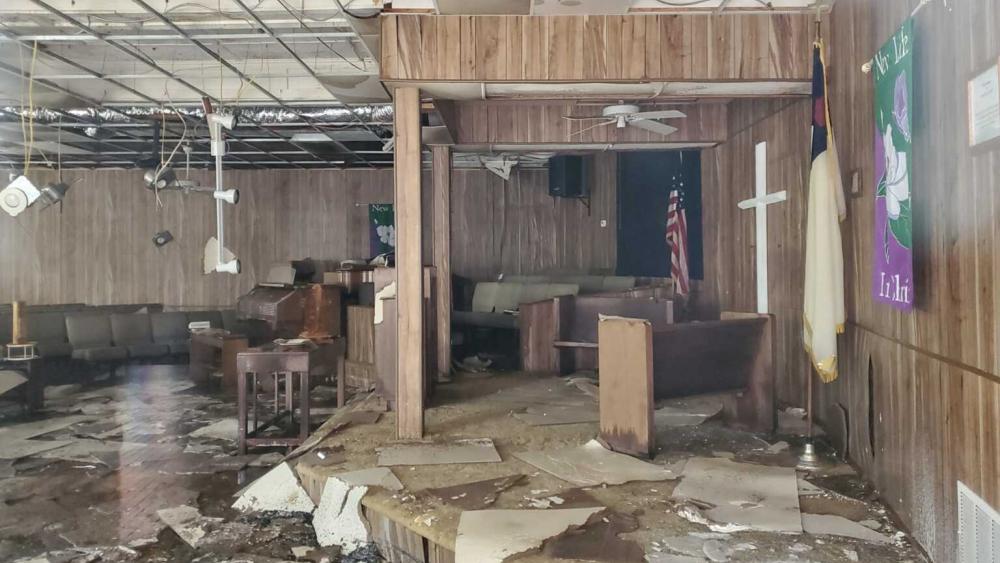 A pastor rallied congregants Sunday after his historic church building in Ranger, Texas, was destroyed by raging flames just days earlier. “This building is gone,” Wade Berry, pastor of Second Baptist Church, told the crowd that assembled for an impromptu service outside the house of worship. “That’s something worth grieving. But it’s also a day to celebrate.”

Wade’s inspiring message came as the 103-year-old church building was found to likely be a total loss. The third floor and roof caved in, and the building sustained severe damage  from smoke and water. Yet the congregation isn’t shaken, with members gathering to worship the Lord.

Wendy Rodgers, song leader at the church, had the idea for a special service on the lawn Sunday, and community members joined parishioners in attending. Other area churches reportedly also cancelled services so members could show up in solidarity.

more on the stories; https://www1.cbn.com/cbnnews/us/2022/march/gods-not-done-with-us-pastor-rallies-congregation-with-powerful-message-about-hope-in-despair-after-church-burns-down