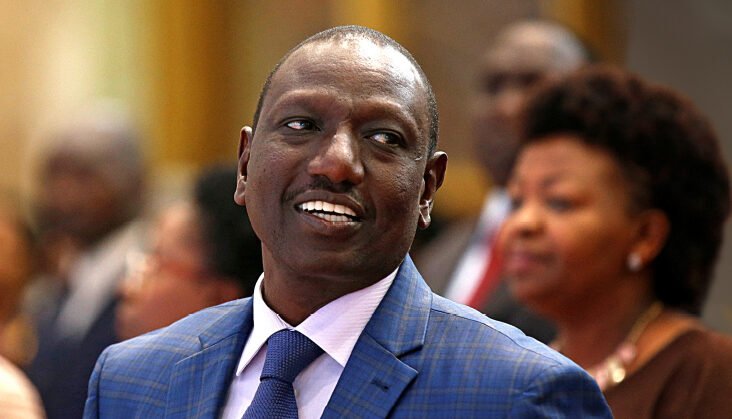 During their two-day National Convention, the evangelical churches’ umbrella body, the Evangelical Alliance of Kenya (EAK) convened a forum to engage the presidential candidates in the forthcoming general elections under the theme: ‘The Kenya we want,” to deliberate on some of the national issues that are dear to the church.

While addressing the evangelical Christians who gathered at the Nairobi Baptist Church, one of the presidential frontrunners and flagbearer of Kenya Kwanza Alliance DP William Ruto said that the greatest form of inclusivity that we can have as a nation is reworking the economy and making sure that it creates opportunities.

“It’s no longer fashionable to say we are growing the economy by creating jobs, let’s insist to grow the economy that will create jobs.” Ruto adding that he had reworked the big 4 plan to bring about inclusivity, “The housing plan in the Big 4 agenda was not just about the houses, it was also about the jobs we were going to create.”

When asked about matters integrity and his ability to make tough decisions, DP said; “I have been in situations where I’ve had to make difficult decisions; at the Bomas of Kenya, I was the only person who had a different opinion when it came to BBI.”

He further added that he would only support a Constitutional amendment to support gender inclusivity and vulnerable groups. “In my government, I will ensure I meet the requirements of the Constitution when it comes to cabinet appointments.” He said.

Weather he would accept and agree with the outcome of people’s choice at the ballot comes August 9th 2022, the UDA party leader said that leaders are chosen by God but elected by the citizens of Kenya.

“In a democratic setting, when the majority have made a decision on elections, the will of the citizens should be upheld.” DP Ruto.

On his part, the Independent Candidate  and veteran gospel singer Reuben Kigame, said when elected president, he plans to involve the church in restoring values by appointing church leaders in effective positions like Chaplaincy.

The Evangelical Alliance of Kenya is planning to meet with the Azimio-One Kenya Alliance leader Hon.Raila Odinga at a later date.

The Church umbrella body is committed to have the church mobilize the body of Christ to influence the Elections Agenda.