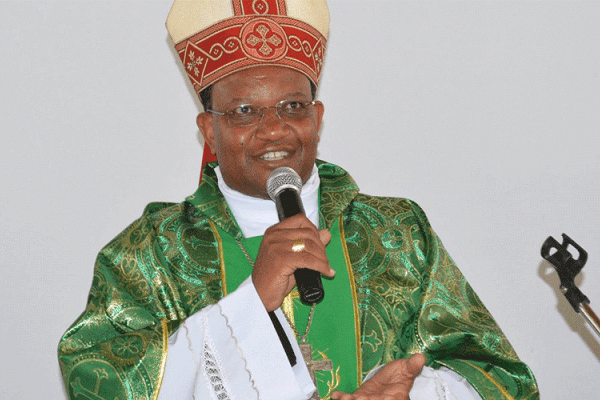 The Kenya Conference of Catholic Bishops (KCCB) has warned the electorate against voting for leaders who promote immoral and unethical practices.

In an apparent reference to Roots Party presidential candidate Prof. George Wajacoyah the Conference of Bishops raised issues with those seeking leadership posts on their stand on ethical issues such as drug use among the youth.

Wajackoyah promised to legalise bhang should he win the presidency, saying it will have economic benefits in offsetting the country’s debt.

“We specifically caution you and ask you to stand up against those leaders who propose to destroy life at its initial stages in their mother’s womb by proposing to support abortion as an agenda. Those who have an agenda of liberalization of sexual behaviour including pornography should also be rejected. You should also stand up against bad leaders who propose the destruction of our youth through the liberalization of drug use,” KCCB chairman Anthony Muheria who doubles as Nyeri Archbishop stated.

According to the bishops, the next crop of leaders should not only uphold the common good for the citizens as outlined in the constitution but should also promote the traditional African and Christian family values.

“Any leader clearly supporting such agenda should not be elected. Furthermore, a leader who supports an immoral agenda will not have a conscience and this spells doom for society,” he added.

Archbishop Muheria advised Kenyans to vote in servant leaders who will address the challenges that the nation continue to grapple with saying Kenyans should settle for a leader whose tenure will not expose the country to negative consequences.

“Our nation Kenya will become the character of leaders we elect. We will be choosing leaders who will determine the destiny of our wards, constituencies, counties and our country for the next five years. We, therefore, cannot afford to be casual in the way we elect leaders,” he said.

He also challenged the electorate to take time, read through and interrogate the manifestos presented by politicians as a way of determining their worthiness.

Prof. Wajackoyah who has stated that the solution for the national debt is growing marijuana which will enable this country to clear all the outstanding debt, has faulted the Bishops, saying that they discredited his manifesto before reading and understanding.