Byron Murphy’s Winning Touchdown Over Raiders Stands Out as ‘Iconic’, but so Does His Faith 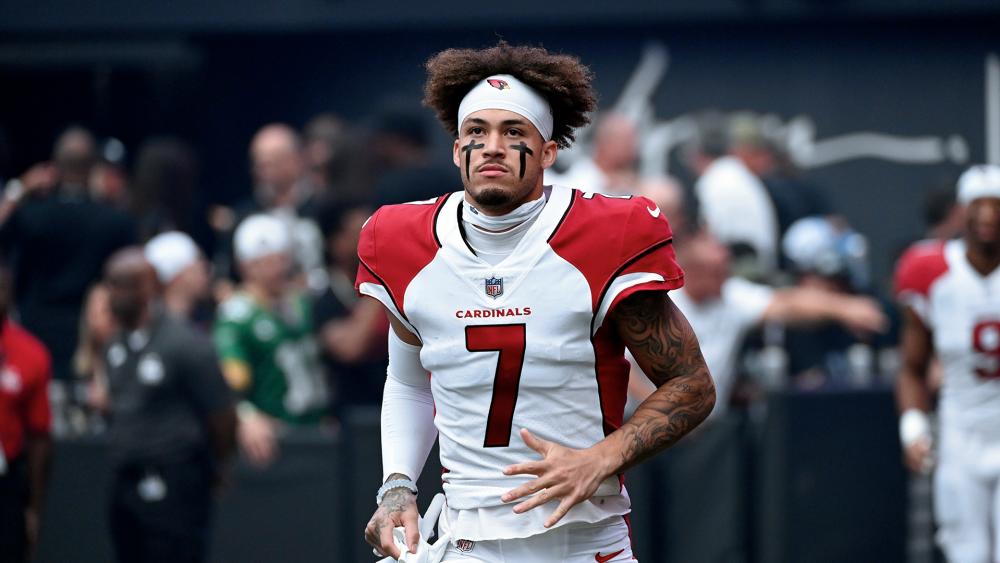 The cornerback grabbed a fumbled ball, sprinted across the field, and scored the winning touchdown for a wild 29-23 victory during overtime. And although training and practice are consistent components that drive his performance on the field, so does his faith in God.

When he took off his helmet after the big win, the world could see he had crosses painted under each eye.

“Faith is everything in football,” he once told HisHuddle.com. “I was injured in college, but my faith kept me positive. I came back my next season and had the best season of my college career. I pray before every game. I know I am a child of God.”

Murphy Jr.’s mother, Shannon, said she made faith a priority for herself and her son early on. “As a mother, I am determined to make sure my children understand the importance of knowing and loving God. The power in having faith is beautiful. There is nothing in this world more powerful than God,” she said.

“[God] is working behind the scenes in ways we cannot see or understand at the moment, but faith assures me there is a reason and I trust it. I do not question God’s reasoning, I just know there is a reason,” she added.

Although Murphy’s talent led him to become one of the top defensive backs in the 2019 draft. He and his mother say that God used the number 33–the number of years Jesus was on earth–to confirm He was behind Murphy’s draft to the Cardinals.

“I was supposed to be picked in the first round, which stops at 32,” he shared. “My entire family waited with me all day and my name was not picked. When everyone came back on day two for the second round I was picked number 33. My mom was crying saying ‘that’s confirmation son’, I suddenly felt like I got picked number 1 overall.”

“God is amazing,” he added. “It was a reminder of how much He loved me. It’s a blessing to be in the NFL and blessings come from God, who is my number 1.”

Murphy said he will continue to rely on his faith, no matter what happens in the game of football.

“During our seasons, there are always ups and downs. So many things can go wrong, but with faith, I give it to God. It eases my mind. I pray and walk in faith on and off the field,” he said. “On and off-season. I know my faith has gotten me through. I will never put anything or anyone in front of God.”

While some describe Murphy’s touchdown to beat out the Raiders on Sunday as “iconic”, “inspiring”, and “unbelievable” Murphy said it is all a part of the game.