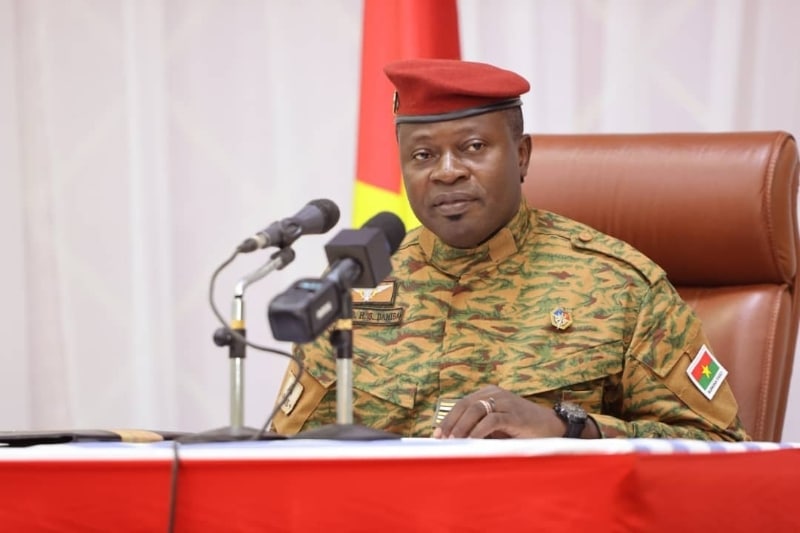 Burkina Faso coup leader Paul-Henri Damiba has been sworn in as president and vowed to win the war on Islamic extremism that has plagued the country in recent years, leading the U.S. government to restrict $160 million in aid.

“To … gain the upper hand over the enemy, it will be necessary … to rise up and convince ourselves that as a nation we have more than what it takes to win this war,” Damiba said at the swearing-in ceremony Wednesday, Reuters reported.

Since 2016, there has been an increase in Islamic State fighters fleeing from the Middle East to Africa, which has led to a sharp rise in extremism across the Sahel and other regions in Africa.

To fight extremism, Damiba said, he would improve the coordination between the armed forces and the intelligence service. He vowed to make logistical support more flexible.

Damiba was a lieutenant colonel who commanded the military region in charge of protecting the national capital, Ouagadougou. He serves as head of the Patriotic Movement for Safeguard and Restoration, which oversaw the Jan. 24 coup overthrowing President Rock Kabore’s administration in response to an inability to thwart extremist violence.

The new president has said he would work with the Economic Community of West African States to make sure that the country returns to democratic elections.

After last month’s coup, the ECOWAS suspended Burkina Faso from its governing bodies.

During the January coup attempt, Kabore’s political party headquarters was burned and looted by protesters as gunshots rang out at military bases around the city.

On Friday, the U.S. State Department spokesperson confirmed that $158.6 million in foreign assistance that benefits the government of Burkina Faso will be restricted under a U.S. law that prohibits foreign aid from going to countries where a military coup has overthrown a country’s elected leader.