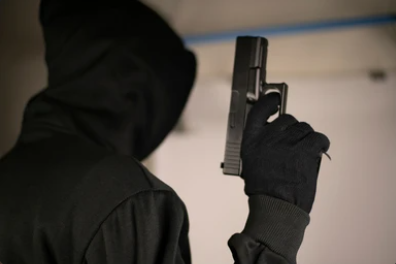 Armed robbers raided a bank in Kimilili town, Bungoma County on Tuesday, seriously wounding the manager and two police officers before making away with Sh25 million.

Thugs forced their way into Ushirika Bank at 1.30 pm, just as the money was in transit from Co-operative Bank Bungoma under the escort of the injured officers.

“Our preliminary probe has established that the money, Sh25 million meant to pay [coffee] farmers, was being escorted from Cooperative Bank in Bungoma town to Ushirika Bank in Kimilili town…we suspect [thugs] had waylaid the security officers, made a daring attack and fled with the cash just a few minutes after the money arrived at Ushirika Bank this afternoon,” said Mr Marwa.

He asked residents to volunteer information that could lead to the arrest of the suspects.

“This is a very daring attack by the criminals that our officers are probing and we want to assure members of the public that we shall arrest them,” he said.