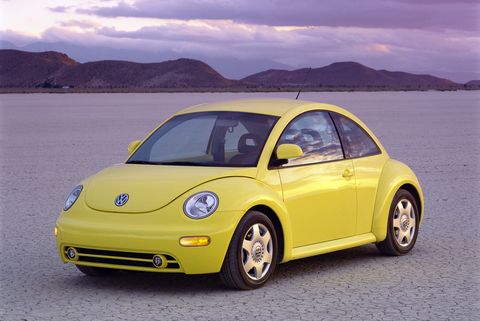 My love for cars started a few years ago when I went looking for a job to do because I could not fathom sitting at home with no school fees. I am the busy bee type; I would rather keep busy because if I spend time with my thoughts I get very…problematic.

Ahem I digress, I am here to talk about my love for cars. It started from a point of needing to do something to occupy my time, and somehow, I had this hidden talent for driving that I did not know I had. I got a small gig with a friend who had just gotten into long-distance truck driving. He asked me to join him on one of the hauls and we could split the money because he knew how much I needed it.

I am a woman, a young woman, that is definitely some risky stuff to do and I have honestly not met anyone yet that has ever not looked at me weird when I tell them I got into vehicles from long-distance truck hauls. Messy, exhausting, and gruesome journeys. But I loved it. By the trip back I had at least learnt how to shift seven different gears and my friend allowed me to drive from the border to Nairobi.

I have since been obsessed with speed and machines. I have tried my best, at every opportunity I get, to watch when an engine is being fixed, when a vehicle is being repaired, and most definitely every kind of tweak there is to make it perform better. I am sad to say that that is like a buried deep passion, that I do not get too many chances to explore, but I do plan to one day register as a safari rally driver, just you watch, I mean it!

Then came electric cars, like the mass production of them. Before then, it was an idea, and several prototypes were tested and produced for a select few who had the money to foot the bill for their perks. However, the very first electric car to debut in modern history was manufactured in the 19th century by William Morrison, an American citizen from Des Moines in Iowa, in 1890.

Before that, some European inventors had tried their hand at selling the idea of electric vehicles in small-scale production but the notion never really picked up momentum to be adopted. But women were the very first customers of the electric vehicles by Morrison, they loved the clean locomotive, zero emissions, and the fact that compared to steam and other fuel run vehicles, they were very fancy. See, and you were here wondering why I love vehicles, women are always smarter in these things, we spare men. Do we not? I kid.

By the turn of the century, America was the leading manufacturer of electric vehicles, and they had become so commonplace that nearly half of the vehicles on the roads were electric. Fast forward to the modifications to the locomotives to electric batteries, small scale to large scale production, and to current times.

The best advantages of electric cars are that they greatly reduce the carbon footprint because their greenhouse effect overall is way lower than vehicles that use regular fuel, they come in various models and sizes, they meet the same safety standards just like conventional vehicles do, and for the most part, can cover just the same amount of daily use range as other cars.

But, I have a problem with these developments. Maybe because I am from Kenya but I will speak from where I can point out facts. These cars are costly, not just to buy but also to use. You need a power source strong enough to charge your battery to serve you for as long as you need it for a particular period, and if you are from here, you know that electricity does not come cheap.

Speaking of batteries, electric cars need these and they are made from rare metals, another reason why the cars come in expensive. The fact that you park your conventional car for a few minutes and fill up your tank, electric cars need more patience, park, and chill. Same as you do with most other battery-operated devices, you cannot charge on the go haha.

That being said, how many charging points do we have here in Nairobi? I think there is like 5/6 total that I can name, imagine if 1000 people bought electric cars. Or there was a mass blackout. Pandemonium. However, Kenya power, if my source is anything to go by (my source is them, please remember they are a government-owned manufacturer before you quote me), is planning to install charging stations all over the country. I cannot wait until I see the charging fees.

Or you can go nuts and install your own charging stations and rob a bank while you are at it because the bills will be insane. I would say quite frankly that Kenya is not ready for electric cars for mass use. Just not yet. Not the way things are. Case in point, look at all the Nopea rides drivers that parked their vehicles and are desperately trying to get rid of them. For those who are cavemen, Nopea is a cab company that started its operations in Kenya in late 2020 with its electric cabs. The sensation caught on as it does with most Kenyans and many people put up collateral to get the electric cabs thinking that they would get ahead of the curve by beating income rates and maintaining a steady flow of customers while at it. That is a story for another day.

Stay away from electric cars until this country does better, hiked fuel prices or not, do not get one unless you can comfortably cover all your bases and have thought out every possible solution to any challenge that comes with it.