Should there be minimum education qualifications for politicians? 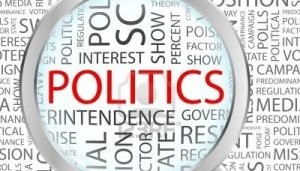 “In every sector of the society, some basic qualifications are needed before entry of such sectors.

Politicians become powerful administrators after winning elections. Then they need basic knowledge and education to perform the task.

A politician having no capability to read and understand laws may be unable to take proper decisions on regular basis. It is not good for the country, but common in many developing countries.”

These are some of the arguments I have heard regarding the ongoing debate and conversation in Kenya on whether those seeking political leadership should have a minimum academic qualification to contest for a political seat.

Many of us will agree that Yes, our political leaders should be educated and have some necessary etiquette too. But making one’s level of education mandatory is equally contradictory to the basic democratic principles of equal opportunities.

While some argue that a good leader is one with impeccable academic qualifications, others say one doesn’t need a degree to serve the people. If put through the lens of history, then history justifies the two arguments differently. Some of the most atrocious, corrupt and incompetent politicians the world has ever seen have university education. Others didn’t.

I would like to expressly support all those who attach importance to the best possible education in the exercise of high political office and regard this as a prerequisite for taking up office because politics is a field that demands effective administrative skills.

Secondly, one should have a minimum knowledge about the country’s different dimensions including it’s culture, geography, law and order and so on. This itself implies the importance of quality education.

In this country unfortunately, we have witnessed reports where qualification are purchased. Ever heard of fake certificates?

We know that a lot of politicians nowadays are chosen because of MUSCLE and MONEY. Family background and the economic status of a person has propelled majority of voters to choose their leaders. And where such decisions have been made, democratically so, we have seen such members being incapable of formulating formidable legislation, or initiating debates and motions.

But academic qualification doesn’t guarantee productive political leadership either. Does it?

And as we let democracy work it’s magic in the forthcoming polls, unless declared unconstitutional by the Court, the degree requirement for anyone seeking the office of President, Deputy President, Governor and Deputy Governor is in force and is trite law.
Share
Facebook
Twitter
Pinterest
WhatsApp
Previous articleWhy E is not a Grade!
Next articleRev. Gibson Anduvate Appointed Superintendent for Kenya Assemblies of God