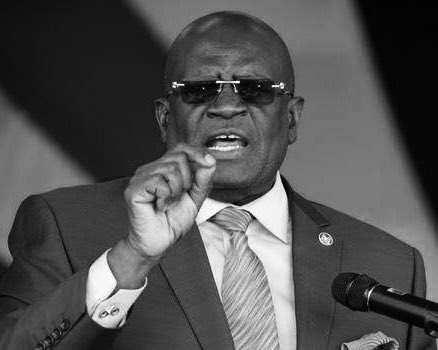 According to the family, Prof. Magoha suffered a cardiac arrest and was rushed to the Nairobi Hospital.

The hospital’s CEO James Nyamongo confirmed the demise, stating that Prof. Magoha died shortly after arriving at the hospital.

“Magoha collapsed at home and was rushed to the hospital’s A&E. Efforts to resuscitate him were unsuccessful.” James Nyamongo announced.

National leaders and Kenyans are pouring their condolences to the family and friends of Prof. Magoha.

“ I am deeply saddened to learn of the passing of Prof. George Magoha, a transformational leader, illustrious scholar, dedicated public servant, and distinguished medical doctor who left an indelible mark on our country’s education system.” Hon. Raila Odinga wrote on Twitter.

I have vivid memories of this great and tough scholar who had distinguished himself by his immense contribution to the education sector of our country.

The death of professor is a big loss and a blow to the education sector.

He will be fondly remembered for his selfless service on impacting change in the education field while at the helm of the education ministry.

On behalf of the National Assembly, my family and myself

I wish to offer our sincere heartfelt condolences and convey our sympathies and solidarity to Professor’s family , professional colleagues, and friends.” He said.

Prof. Magoha’s death has come barely a week after his appointment as a lecturer of medical surgery at the Maseno University School of Medicine.

He is survived by his wife Dr. Barbra Magoha and his son Dr. Michael Magoha.