Things to Overcome in 2023: Overcoming Excuses 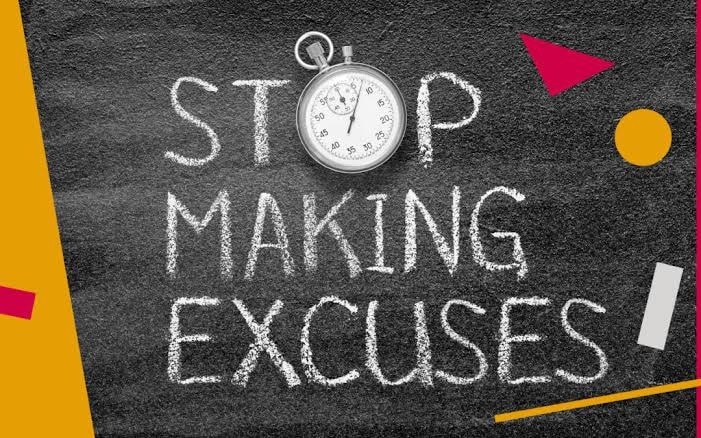 Exodus 4:10 (ESV)
1 But Moses said to the LORD, “Oh, my Lord, I am not eloquent, either in the past or since you have spoken to your servant, but I am slow of speech and of tongue.”
An excuse is what we give when we want to release ourselves from a certain responsibility. Excuses simply give us permission to settle for less than what God has in store for us. They have become the tool the enemy has used to keep us in our comfort zone afraid and rob us of what God has already released to us.
Moses was afraid, and thus he was full of excuses. He did not believe that he qualified to step into the big shoes that God was calling him to step into, he wanted out. Being that we have the privilege of knowing the whole story, think of the many lives that would be shattered in slavery if Moses refused to go. Think of the many miracles that God did through Moses to humble Pharaoh who eventually agreed to let the Israelites go, now think of all that not being part of the story because Moses refused to go. That would have been a disaster, right?
Well, let’s bring it a little closer to home. What about you and me? What are some things God has called us to do, but we have refused and given excuses because we are afraid to go?
Excuses turn us into victims instead of the victors that we truly are. Every so often when we are afraid, then excuses become the veil that we like hiding behind, not recognizing that excuses expose our faithlessness.
We must arise and recognize that we will not always have the right circumstances or resources, but that should never stop us. We must have faith that God is always with us and with him nothing is impossible. Furthermore, we do not rely on our strength, but on his. It is time to step out into the waters like Peter, it is time to walk in obedience, and it is time to do what God has called us to do.
No more excuses!
Reflections
What are some of the most outrageous excuses you have come up with?
What is the one excuse that you have been giving and God is pointing it out through this devotion, What will you do next?
Get someone to keep you accountable, tell them what God has called you to do, and allow them to follow up and make sure you do it. Who is that person you will be accountable to?
Share
Facebook
Twitter
Pinterest
WhatsApp
Previous article
How To Evaluate Your 2023 Financial Status
Next article
Former Education CS Prof. Magoha is Dead