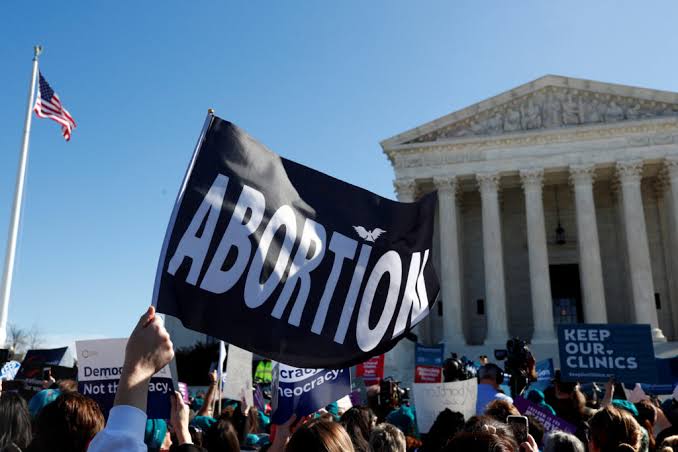 The US Supreme Court has overturned the historic Roe V Wade ruling, meaning abortion is no longer considered a constitutional right in the United States of America – church leaders have been reacting to the news.

Introduced in early 1973, Roe V Wade meant individual states could no longer ban abortion – it was legal for every woman across the country.

Now that the ruling has been overturned, it’s believed around half of the US states will ban the procedure.

Speaking to Fox News, notable evangelical pastor Rev Franklin Graham said: “The United States Supreme Court just announced one of the most significant rulings in my lifetime – officially voting to overturn the 1973 Roe v Wade decision because it was ‘egregiously wrong from the start,’ as stated by Justice Samuel Alito.”

Rev Graham added, “The radical left is calling for a ‘night of rage,’ pregnancy centers are already being vandalised and attacked, and our US Supreme Court justices are being targeted with threats and intimidation.”

Alliance Defending Freedom – a non-profit legal organisation that has often spoken out against abortion – reflected on the ruling in 1973, saying: “That decision fabricated a federal constitutional right to abortion and has resulted in the deaths of more than 60 million unborn children. States may now fully protect innocent, unborn life.

Pastor Jentezen Franklin echoed the remarks made by other church leaders, saying:  “This is a remarkable answer to the prayers of millions of people for decades.

“I honestly never dreamed in my lifetime I would see this happen. We do not gloat or dare say anything but praise to our God for this courageous and just decision by the Supreme Court.

“Now we must support, love and demonstrate God’s grace and goodness to would-be mothers and the precious children this decision has rescued.”

J.John, evangelist, speaker and author, said: Whilst we celebrate this news, let’s be known as a Church that steps up and supports mothers and families who are in need. Most of us will know someone who has been impacted by abortion and this is an opportunity for us to extend the love of Jesus to them. Babies matter. Women matter. Families matter.”

Reverend Raphael Warnock, who supports abortion laws, said: “I’m outraged by the Supreme Court’s decision. As a pro-choice pastor, I’ll never back down from this fight. Women must be able to make their own health care decisions, not politicians.”

Christian MP Dawn Butler also took to Twitter, saying: “This is a really sad day for women. It will also affect poorer women who will have less options. I wonder what all the women who voted for Trump are feeling now.”

The Society for the Protection of Unborn Children said: “Roe v Wade has been overturned! This is a momentous day for the American people, but most notably, for future generations!”

James Mildred,  from the Christian charity CARE, told Premier Christian News he was pleased with the decision after campaigning on abortion for decades. He said: “Such a historic ruling will have reverberations and at the very least should remind those of us who want to see a fairer society and when it comes to abortion to keep on telling that better story here in the UK”

The Vatican’s Academy for Life praised the U.S. Supreme Court’s decision on abortion, saying it challenged the world to reflect on life issues, but also called for social changes to help women keep their children.

“The fact that a large country with a long democratic tradition has changed its position on this issue also challenges the whole world,” the academy said in a statement.

“We need solid assistance to mothers, couples and the unborn child that involve the whole community, encouraging the possibility for mothers in difficulty to carry on with the pregnancy and to entrust the child to those who can guarantee the child’s growth.”