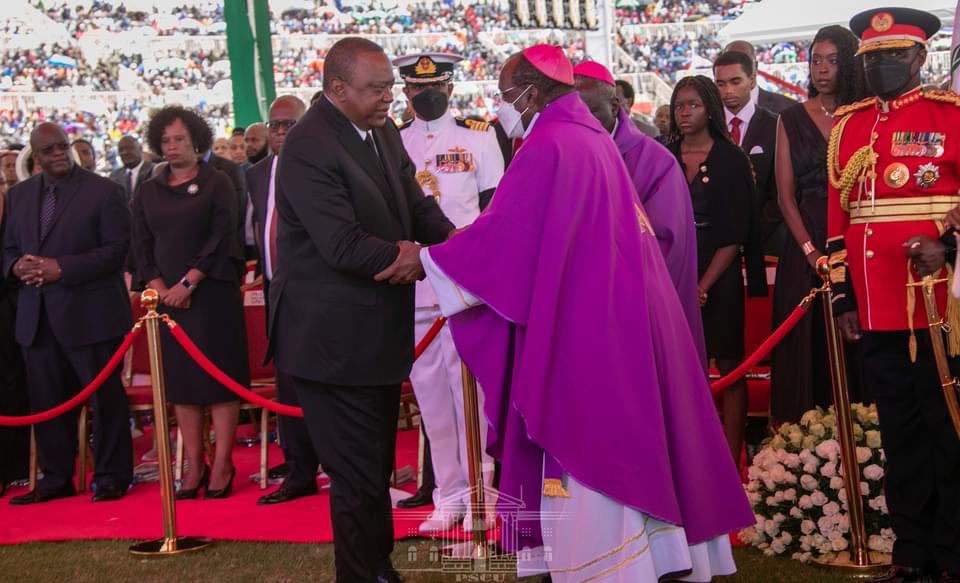 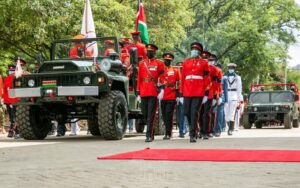 President Kenyatta eulogized President Kibaki as one of Kenya’s greatest statesmen, a visionary and a leading architect of the modern Kenya.

“We honour and salute him today for his toil in the run-up to our nation’s independence and, most notably, as amongst the leading architect of the modern Kenya state.

“As one of the last standing heroes of our independence struggle, he had a special calling to execute the last chapters of the vision of our founding fathers. And he did this with surgical precision and a total disregard for what the naysayers thought of him,” President Kenyatta said. 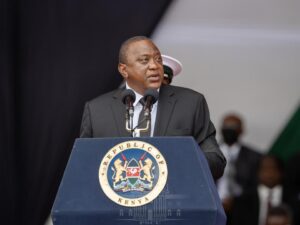 On his part, former Prime Minister Raila Odinga mourned the fallen former Head of State as an intellectual and steadfast leader who hated and fought the vice of corruption wholeheartedly.

Mr Odinga gave a blow-by-blow account of how former President Mwai Kibaki transitioned from academia into politics, and his illustrious journey to the Presidency.

Mr Jimmy Kibaki, who spoke on behalf of the late former President’s family, eulogised his father as a loving parent, a patriot and an outstanding son of Kenya who served his country with utmost dedication.

In a statement read on his behalf, President Salva Kiir of South Sudan, who was present, thanked former President Mwai Kibaki for midwifing the Sudan peace process that led to the birth of the Eastern Africa nation. 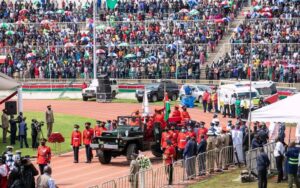 The leaders spoke at Nyayo National Stadium in Nairobi during the state funeral service where Catholic Archbishop Philip Anyolo assisted by Archbishop Martin Kivuva conducted the requiem mass in celebration of the life of President Kibaki.

The former Head of State, who passed away on Friday last week aged 90 years, will be accorded a State Burial conducted by the Kenya Defence Forces tomorrow at his Othaya home in Nyeri County after a State Burial Service to be held at the Othaya Approved School Grounds.