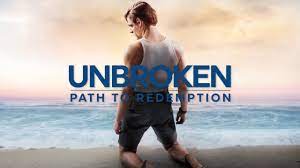 World War II hero Louis Zamperini is haunted by nightmares of his horrific experiences in the war. He meets a young woman who becomes his wife. His personal demons soon threaten to destroy his marriage until he hears the stirring words of the Rev. Billy Graham in 1949.

Here tonight there is a drowning man, just looking for some type of hope for the future. But there is a lifeline just reach out.

Embracing his newfound Christian faith, Louis starts to turn his life around by learning to forgive his former oppressors and spreading the message of peace and love. This is more than just a movie it’s a testimony!