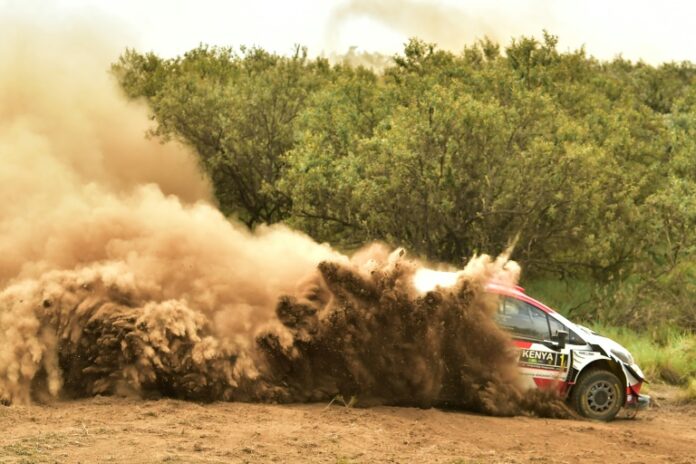 The first time I saw a woman driving a big car, it was our neighbor back in Nanyuki, Mama Sweetie. It was a pickup truck. Mama Sweetie was this dark-skinned Kalenjin woman that had this incredible affection for her last born daughter, Sweetie, but at the same time, she was a strict disciplinarian. Everyone feared and loved her. One day walking from school, I saw this truck coming up the road from her compound next to ours and when it was passing by she shouted her greetings at me and I was so impressed, that I clapped.

Fast forward to a year or so later, our mom took my sister and me on one of her work trips to rural Dol-dol, Maasai land just past Nanyuki. It was the first time I had gotten into those NGO Land rovers that can do almost anything; but when we crossed a river in it, my love for cars got instantly ignited. Big cars at that. My sister was screaming of course in fear, I was screaming in wonder, she kept shouting we would drown while the driver had this bemused look on his face as he revved that engine and skidded/floated us to the other side of the bank. I do not remember what my mom was doing, I think she was taking pictures of us.

So when dad would fix his car and explain to me how stuff works, I was the student every teacher dreams of. When I was 10, I begged my dad every day to teach me how to drive. I mean, I literally kept asking until it wore him down and he gave in. In four days, my very small self at the time drove that car – into the shamba fence. My dad never said a word to me, just shook me by the shoulders and murdered me in his head because, to be honest, he had not sanctioned what I did. I decided I have learnt enough in four days and I can drive on my own.

I got my driving license at 17, after convincing my cousin at the government registration office to process my ID a year earlier just so I could ‘legally’ drive. Criminal, I know, but as I said, I love cars. In the years since I have had the nerve and the pleasure of testing every limit available behind the wheel. From driving tractors, and long-distance cargo hauls to my favorite, attending the Safari Rallies as soon as I find out there are female navigators or drivers in there. See, I do not have an explanation for it, but you see how you have a hobby and you enjoy it, that is me when I have access to a locomotive, the more ‘not for women’, the better.

One of the females I really admire is that girl in Fast and Furious, Letitia? I know it’s a movie and they are stunts, but she had the most epic maneuvers compared to almost everyone else in that crew, and it is infuriating that except for her, and one other female for two of those movies, there are no other female drivers. Tuta Mionki is my more practical inspiration. She is Kenyan and of course the top female navigator in the country. The other person I truly enjoy watching drive machines I could never dream of seeing in real life is the Supercar Blondie. She makes me have self-esteem issues and I really want to be her best friend. She is living my life. In the meantime, if you catch me on the road, wave, and I will spin a salute for you. Vrooom!