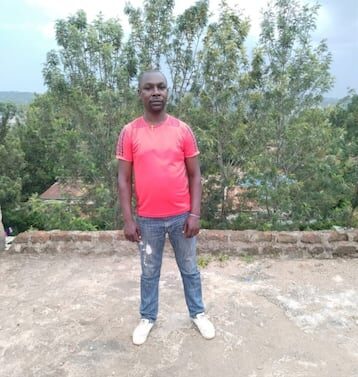 Wycliffe Onyango Owino was one of the morally upright youngsters who was brought up in a highly religious family in Karachuonyo’s Gendia village, Homa Bay county.

His parents, now deceased, just like many around the village, were firm believers in the Word and strict SDA adherents who held biblical teachings and doctrines close to their hearts. Although Onyango’s parents died when he was barely three years, his maternal uncles stepped in and ensured he got the necessary parental care to grow into the man he always wanted to be, a journalist.

“My parents died in a road accident when I was three years. It was so painful but I thank God and the extended family for supporting me at that time,” recalled Onyango who is now 39 years old.

He enrolled at St Paul’s Sigomre primary school and later joined St Peter’s Kotieno in Oyugis. Being a focused student, Onyango kept his eyes on the ball and became one of the few students from Gendia village who got a rare opportunity to join a university to pursue diploma in journalism. 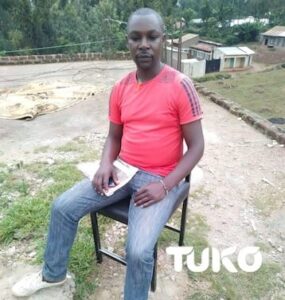 He was enrolled at Zetech University in 2005 and began shaping his destiny in earnest, just like any ambitious young man who had spent most of his early years in the demureness of the village would do when he sees light at the end of the tunnel. Peer pressure caught up with him and he sank into alcoholism two years later. The once focused student who had become the hope of Gendia village degenerated into a drug addict roaming from one drinking dent to another.

Although he strived to complete his diploma course, Onyango failed to overcome addiction. He got his first job with Red Cross, a non-governmental institution, in 2009 and worked for close to two years before he moved to United Nations Development Program (UNDP) as a field officer for four years. Despite this head-start in employment, Onyango lost the two jobs due to heavy drinking and opted to join Odak Jicho Pevu production, a group of actors who specialize in set books performers.

He worked for three years before exiting in 2014.

“Getting the job was like a curse for me because I sank deep into drinking since I had all the money I needed for alcohol. I never invested or purchased anything meaningful. lost the two jobs because of excessive consumption of alcohol,” said the journalist.

His relatives opted to send him to the Asumbi rehabilitation centre in a bid to save him from addiction. However, Onyango’s obsession with alcohol could not allow him to stay for long without taking down a bottle.

After three months, he escaped after bribing the security officers. Onyango returned to Migori town and started working with a local radio station known as Onagi radio. “At this time you know media field I could get a lot of money and the more money I got the more I drunk it came to a point my relatives disserted me, I was only left with my wife and son,” stated Wycliffe.

Wycliffe confirmed that he lost his third media house job and at this point, his life completely fell apart as he could not maintain his lifestyle and had to opt for illicit brew “chang’aa” and even got into drugs like heroin, miraa, marijuana, and anything he could get his hands on.

“I lost everything I had and was on the verge of losing my life because I couldn’t do without chang’aa I can remember my health deteriorated so much and to add salt to the wounds my wife took me to the hospital dumped me and left,” Wycliffe said. Addiction pushed Onyango to heavy debts and he lost the connections he had established during his time as a journalist; this turned him into a jailbird who could be arrested in Chang’aa dens almost every day. His wife of three years abandoned him in 2018 since he could not take responsibility as a husband and a father to their then one-year-old baby.

His relatives also gave up on him and left him to deal with the law. Turning point Onyango flashbacks of a day the police just picked him up in town, assuming he was drunk due to his physical appearance locking him up despite his attempts to explain his situation. “The police always assumed I was drunk even when I was not. One day the arrested me in the morning when I was going about my normal duties. I spent a night in the cell before I was released the following day,” he said.

His health condition deteriorated over time. At some point, Onyango recalled being kicked out of office by his boss over health complications that involved excessive nose bleeding. Colleagues and well-wishers decided to take him back to the Asumbi rehab facility again. However, after four months, he escaped again and returned to his old ways. “I had an added advantage I knew some people there I could access the drugs at my disposal it was my second stay there so this time I planned my escape by bribing a nurse”, he recalled.

Three days after escaping from rehab, Onyango got a new job at Anyuola FM, a local radio station in Migori. He continued with his drinking spree. “I became a disgrace to everyone who knew me I was left to drink myself to death “he explained. His turning point was when he witnessed one of his colleagues, a drinking partner, died at one of the dens after excessive consumption of liquor. He got traumatized and decided that night he would change for the better. He yearned for change, and he wanted to be a reformed man.

“We were just drinking our illicit liquor with my fellow drunkards, the victim had just left to go home when we heard people screaming and we rushed only to find our friend dying right before our eyes, a friend who had paid for that night’s drinks” he recalled. “On that night, I made up my mind that I will change and I thank God I have managed to keep off alcohol for one year now and I’m going strong,” added Onyango.

Despite changes, the young journalist is still experiencing societal discrimination, which he claims are mostly from relatives and close friends. “Many people still don’t want even their children around me thinking am still an addict they don’t believe me, my relatives especially my uncles say am just pretending they don’t even bother to consult me in any family matters am still affected so much,” said Onyango. Onyango has not reunited with his wife and hoping that she would return home someday. “The society should stop discriminating against reformed addicts and embrace them because it is not easy to come out of addiction,” Onyango said in his parting shot.