Matiang’i Warns Criminals Will Buy Their Way Into Elective Office 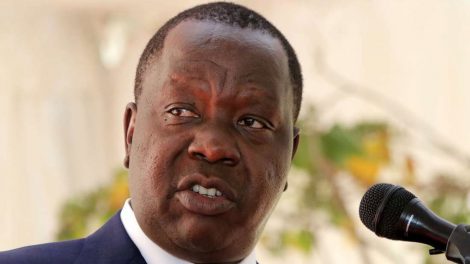 Interior Cabinet Secretary Dr. Fred Matiang’i has said that Kenyans risk having a parliament full of characters with questionable integrity since the country is yet to implement campaign funding laws and that most of the aspirants have cases in court or are under investigation.

Mating’i was speaking at the 2nd National Conference of Criminal Justice Reforms where he challenged IEBC and the courts to exercise their roles in vetting candidates whose integrity is wanting as the country prepares for the August 9th general elections.

“To secure the integrity of our legislative assemblies, stakeholders must devise mechanisms through regulation to protect our democracy from subversion by criminal elements.” He said.

The CS pledged support from security players in implementing resolutions for reforming the criminal justice system alluding to the confidence that as a country we can overcome the challenges we face.

“As players in the criminal justice process, the National Police Service has instituted far-reaching reforms to fill the gaps in the delivery of justice with a focus on human rights. Our reforms are tailored to improve not only the welfare of our officers but also training modules.” CS Matiang’i

The office of Public Prosecution has, however, maintained that the threshold for prosecutorial evidence should not be tainted by the violation of human rights.

“It is concerning that instances of mishandled evidence has become increasingly pervasive, we have observed instances where the evidence presented to us is limited, has been altered, or has been acquired  through improper procedural processes.”  Noordin Haji – Director of Public Prosecution.

The Judiciary on their part said that they have already set in place dispute resolution courts to attend to cases that will arise from the general elections by providing more avenues to resolve disputes in the form of Alternative Justice Systems.

“It is imperative that all justice sector institutions are inclusive and we all need to serve all segments of the society by paying particular attention to those vulnerable and neglected.” Martha Koome, Chief Justice-Kenya. 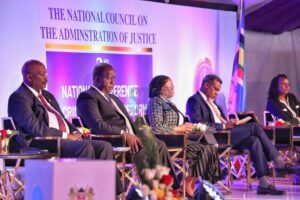 The National Conference on Criminal Justice Reforms brings together various actors in the justice sector under the umbrella of the National Council on the Administration of Justice.