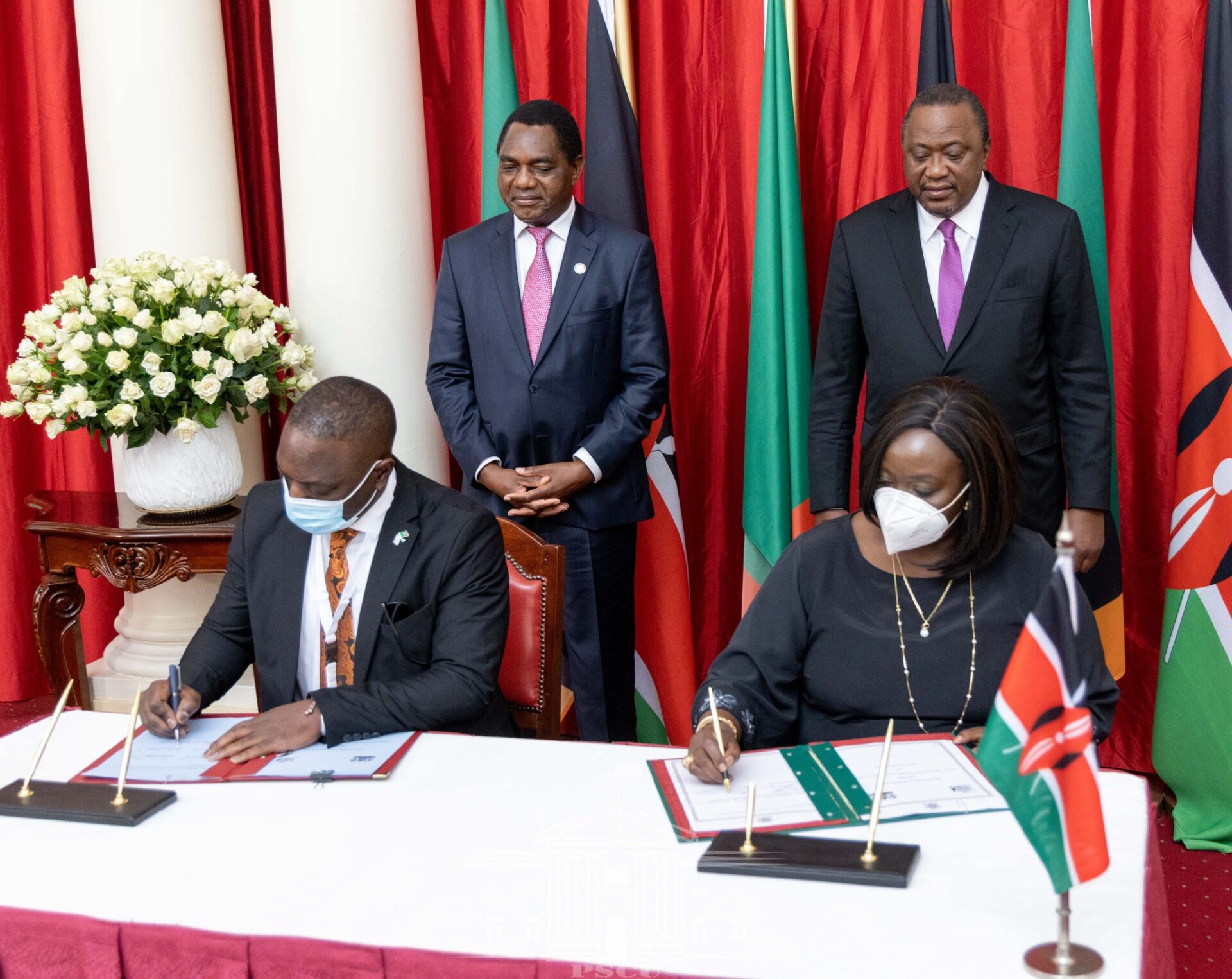 President Uhuru Kenyatta held bilateral talks with visiting Zambia’s President Hakainde Hichilema with focus mainly on trade and commerce. The two countries agreed to work together towards removing barriers that hinder trade and investment between the people of the Kenya and Zambia.
“In this context, we have agreed to address the prevailing bottlenecks, including addressing ourselves to a few tariff and non-tariff barriers that bar our people from enjoying the freedom of trade amongst themselves,” President Kenyatta said.
President Kenyatta said his discussions with Zambian President Hakainde Hichilem, who was on his first State visit to Kenya since he took power in August 2021 focused on opportunities to harness the strong bonds of friendship as well as the business and economic ties including the removal of obstacles to trade. The President noted that Kenya and Zambia were amongst the first two countries to sign and ratify the African Continental Free Trade Area.
“I want to encourage Zambian investors to not only make Kenya their investment destination of choice but also to look to their Kenyan counterparts as their investment partners of choice,” President Kenyatta said.

On his part, President Hichilema said time has come for the two countries to trade directly between them instead of passing through a third party.

“…how strange it is that sometimes we (Zambia) trade in goods from Kenya through Europe and vice versa. Really? Does that make sense? Absolutely not. That’s what we want to fix.

“So President Kenyatta, thank you for giving us this opportunity to advance that path walked by those who came before us. We know you are doing it for the people of Kenya, the people of Zambia and for Africa,” President Hichilema said.

The Zambian leader emphasized the need to ensure that the agreements and MOUs signed were implemented as the two countries move to redefine the way they work with each other to lower the cost of doing business between them. 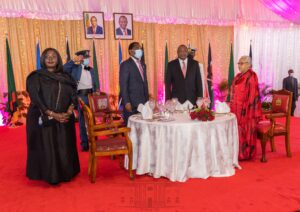