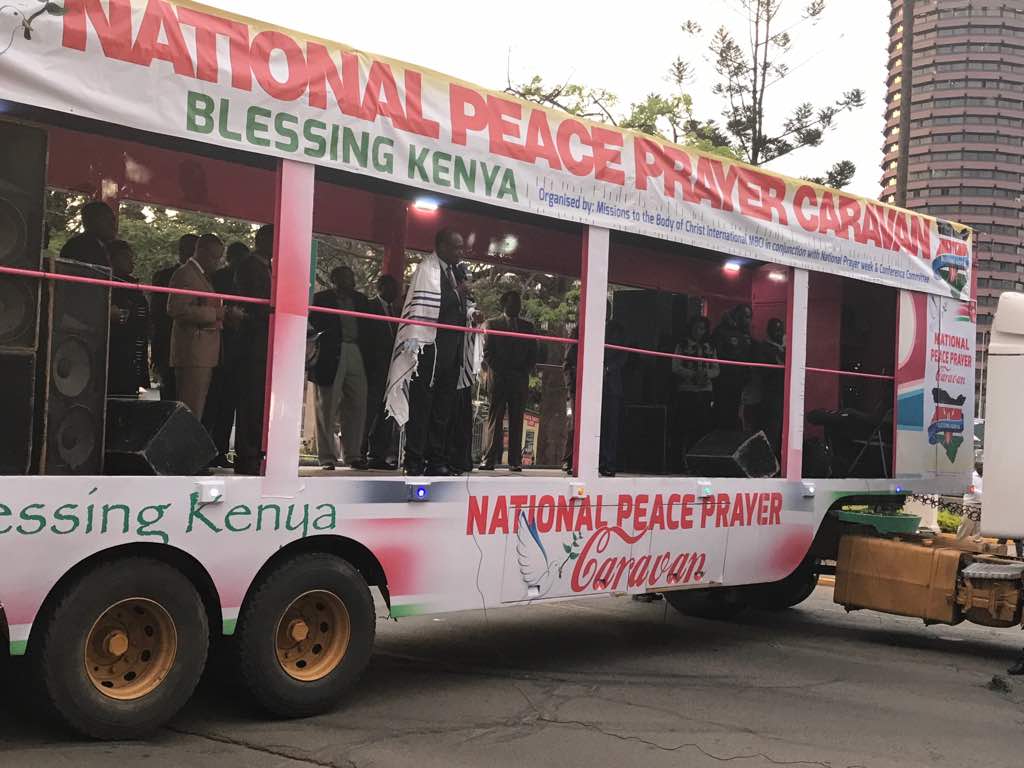 The National Peace Prayer Caravan, an ongoing campaign by various church leaders and pastors to promote peace,  is moving on steadily and is in Kakamega County today. Speaking to the congregation in Bukhungu stadium, on the topic of making Godly covenants, Apostle John Kimani prayed and spoke a word of declaration to the people in Kakamega stating that “The blood of Jesus will reverse any covenant of evil that is against your spiritual inheritance.” His encouragement to the people of Kakamega was that whatever God has spoken over their destinies to prosper, shall come to pass.

Earlier in the week, one of leaders of the prayer caravan, Apostle John Kimani of Kingdom Seekers Church, stated that what they have been doing are short prayer meetings, that they have called Solemn Services, especially in the county headquarters where they are holding prayers of agreement. These prayers are to promote peace and one mind of unity of the people in their respective counties.

So far prayers have been held in Embu, Kiambu, Meru, Kisumu, Uasin Gishu, Samburu, Bungoma, Baringo, Busia, Mombasa, Nyandarua, Nyeri and Taita Taveta among others to follow this week.

The church has been called upon numerous times to speak out in times of major national events such as the general election, and this prayer initiative is a good example of church meeting governance.

We continue to follow the progress of the peace prayer caravan to keep you updated.