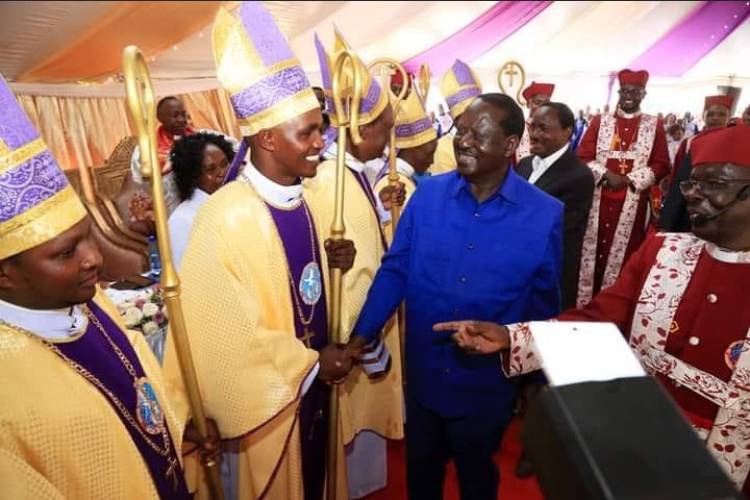 While attending a church Consecration service on Saturday at Mwingi ATG Chapel presided over by Apostle Francis Musili and Archbishop Harrison  Nganga of CFF, where 10 bishops of Around the Globe (ATG) church were ordained, Raila Odinga refuted claims by his political opponents that he was not a believer.

“Some have called me mtu wa kitendawili na mganga but they forget to mention that I fellowship at ACK where I am a life member.” Adding that, “I have been in situations where only my belief in God kept me alive.” He said as he narrated his ordeal and personal experience while in detention.

Odinga further stated that as a Christian he learnt the fundamentals of the Bible and that is how he came to forgive his tormentors who served under the Nyayo regime. 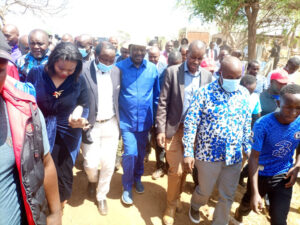 ODM party leader who was accompanied by the Wiper boss Stephen Kalonzo Musyoka, Kitui County Governor Charity Ngilu, among other Azimio-One Kenya Alliance leaders, assured the Mwingi residents that the Alliance will emerge victorious in the upcoming general elections.