Faces Around The Resurrections: The Disciples 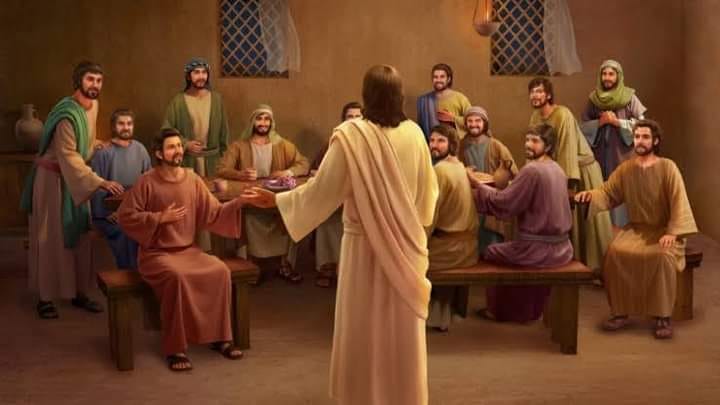 Luke 24:36‭-‬39 NKJV
Now as they said these things, Jesus Himself stood in the midst of them, and said to them, “Peace to you.” But they were terrified and frightened, and supposed they had seen a spirit. And He said to them, “Why are you troubled? And why do doubts arise in your hearts? Behold My hands and My feet, that it is I Myself. Handle Me and see, for a spirit does not have flesh and bones as you see I have.”
The disciples must have been confused, deflated and dejected when Jesus was captured and crucified. They were scattered because the Shepherd was struck. Even though Jesus had told them that he would be crucified and on the third day he would rise again, they just could not connect and understand what he was saying.
Before Jesus appeared to them, he had appeared to the women and to the two on the road to Emmaus, but even after the disciples heard all these testimonies, they still found it hard to comprehend what was being said.
When Jesus appeared to them, they were frightened and thought they had seen a spirit. He had to show them his hands and his feet and allow them to handle him so that they would see that he was not a spirit. He even asked for food.
The thing that amazes me is what happened to these men after they saw and interacted with the risen Christ. After he ascends back to heaven, these men became bold, fearless, and unstoppable. Death was no longer something they feared because not only had they seen Jesus raise dead people back to life, they had seen Jesus whose body had been badly mutilated as he was crucified come back to life.
They were totally sold out for the cause and ready to give their lives, and give their lives they did.
Reflections
Would you have believed had you been among the disciples?
How many things have you not believed yet the bible says they are so?
Are you afraid of death? Why?
Share
Facebook
Twitter
Pinterest
WhatsApp
Previous article“Lazy Thinkers” Failure of Duplicating Business Ideas
Next articleDede Robertson, wife of televangelist Pat Robertson, dies at 94