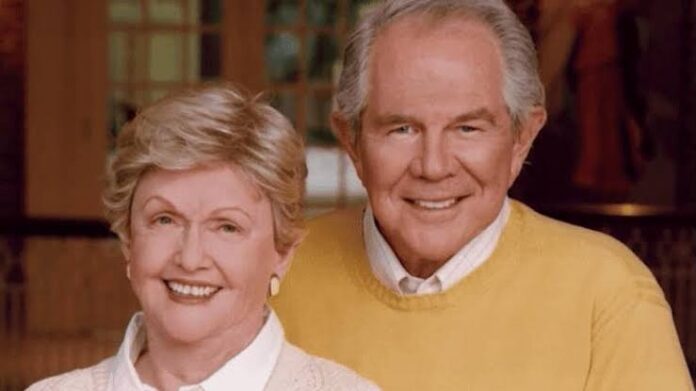 Dede Robertson, the wife of religious broadcaster Pat Robertson and a founding board member of the Christian Broadcasting Network, died April 19 at her home in Virginia Beach. She was 94.

The network announced her death in a statement but did not give a cause.

Mrs. Robertson became a born-again Christian several months after her husband found his faith. The couple, who met at Yale University in 1952, embarked on a journey that included living in a roach-infested commune in New York before Pat Robertson bought a tiny television station in Virginia that would become the Christian Broadcasting Network.

He later ran for president of the United States in 1988, with his wife campaigning by his side.

“Mom was the glue that held the Robertson family together,” said Gordon Robertson, one of her four children and the president and chief executive of CBN. “She was always working behind the scenes. If it weren’t for Mom, there wouldn’t be a CBN.”

In 1982, she was appointed as the U.S. delegate to the Inter-American Commission of Women, which promotes women’s rights and gender equality in the Americas. She also served on the board of Regent University, which her husband founded in Virginia Beach, and Operation Blessing International, his humanitarian group.

In addition to her husband, survivors include four children, Elizabeth Robinson, Ann LeBlanc, and Timothy and Gordon Robertson; 14 grandchildren; and 23 great-grandchildren.