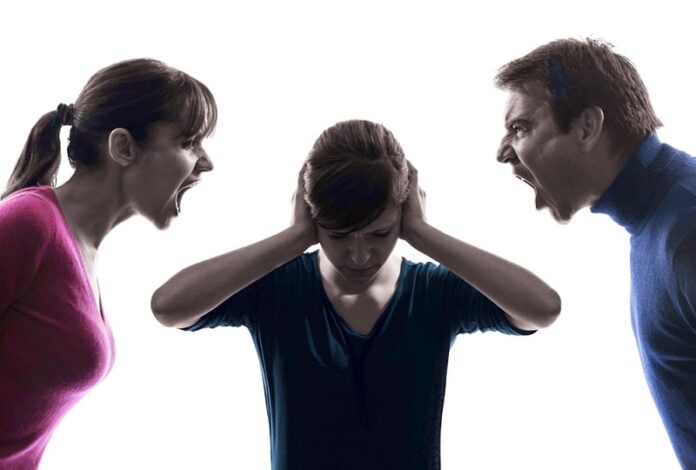 Shouting or verbally abusing a child, especially when the person doing it is a parent, a teacher, or a coach might strike you as a natural and effective form of discipline, but for children, it can
cause emotional trauma that results in long-lasting harm. Among other effects, verbal abuse can undermine your child’s self-esteem, damage his ability to trust and form relationships, and chip away at academic and social skills.

In fact, current research shows that verbal abuse of children can be just as destructive emotionally as physical and sexual abuse and puts them at as much risk for depression and anxiety. Studies have also linked verbal aggression to physical aggression noting that parents who yell frequently are the ones most likely to hit frequently, and vice versa. Even if a parent doesn’t act on his violent threats, he may still make his child fear and distrust him.

The most common and pervasive effect of verbal abuse is a negative self-image and your child may say things like, “I’m stupid,” or “Nobody likes me” or he may simply seem withdrawn, sullen, or depressed, all of which can be signs of a low self-image.

This is because child abuse attacks a child’s sense of self-worth and may make a child start making self destructive acts like using razor blades or knives to cut his own skin and all forms of self-injury
signal a problem, as do other reckless activities that put your child in danger. The verbally abused children also tend to have antisocial behavior, demonstrating higher rates of physical aggression, delinquency, and interpersonal problems. Such a child may hit other children, frequently quarrel with his classmates, or be cruel to animals.

The verbal abuse again may lead to delayed development with a slowdown appearing in your child’s physical, social, academic, or emotional development and may lead him to have difficulty making friends, fall behind in school, or engage in regressive acts such as rocking, thumb-sucking, and bed-wetting.

Therefore, as parents, in our moments of stress and anger, we must try and refrain from saying anything mean or sarcastic to our children. Remember, you’re his main and most important role model. If you tend to fall apart, lose your cool, and act abusively at challenging times, you’ll likely raise a child who does the same.

The best way to discipline a child

As a parent, one of your jobs is to teach your child to behave. It’s a job that takes time and patience but, it helps to learn the effective and healthy discipline strategies:

1. Teach children right from wrong using calm words and actions and by modelling behaviors you would like to see in your children.

2. Have clear and consistent rules your children can follow and be sure to explain these rules in age-appropriate terms they can understand.

3. Calmly and firmly explain the consequences if they don’t behave by for instance telling them that if they don’t pick up their toys, you will put them away for the rest of the day. Be prepared to follow through right away and don’t give in by giving them back after
a few minutes. But remember, never take away something your child truly needs, such as a meal.

4. Hearing your child out is important. Let your child finish the story before helping solve the problem. Watch out for times when misbehaviour has a pattern, like if your child is feeling jealous. Talk with your child about this rather than just giving consequences.

5. The most powerful tool for effective discipline is attention as it tends to reinforce good behaviors and discourage others. Remember, all children want their parent’s attention.

7. As long as your child isn’t doing something dangerous and gets plenty of attention for good behavior, ignoring bad behavior can be an effective way of stopping it. Ignoring bad behavior can also teach children natural consequences of their actions. For example, if your child keeps dropping her cookies on purpose, she will soon have no more cookies left to eat and it will not be long before she learns not to drop her cookies.

8. Plan ahead for situations when your child might have trouble behaving by preparing them for upcoming activities and how you want them to behave.

9. Sometimes children misbehave because they are bored or don’t know any better. Redirect them by giving them something else to do.

10. Call a time-out be especially when a specific rule is broken. This discipline tool works best by warning children they will get a time out if they don’t stop, reminding them what they did wrong in as few words―and with as little emotion―as possible, and removing them from the situation for a pre-set length of time. With children who are at least 3 years old, you can try letting the children lead their own time-out instead of setting a timer. You can just say, “Go to time out and come back when you feel ready
and in control.” This strategy, can help the child learn and practice self-management skills, also works well for older children and teens.