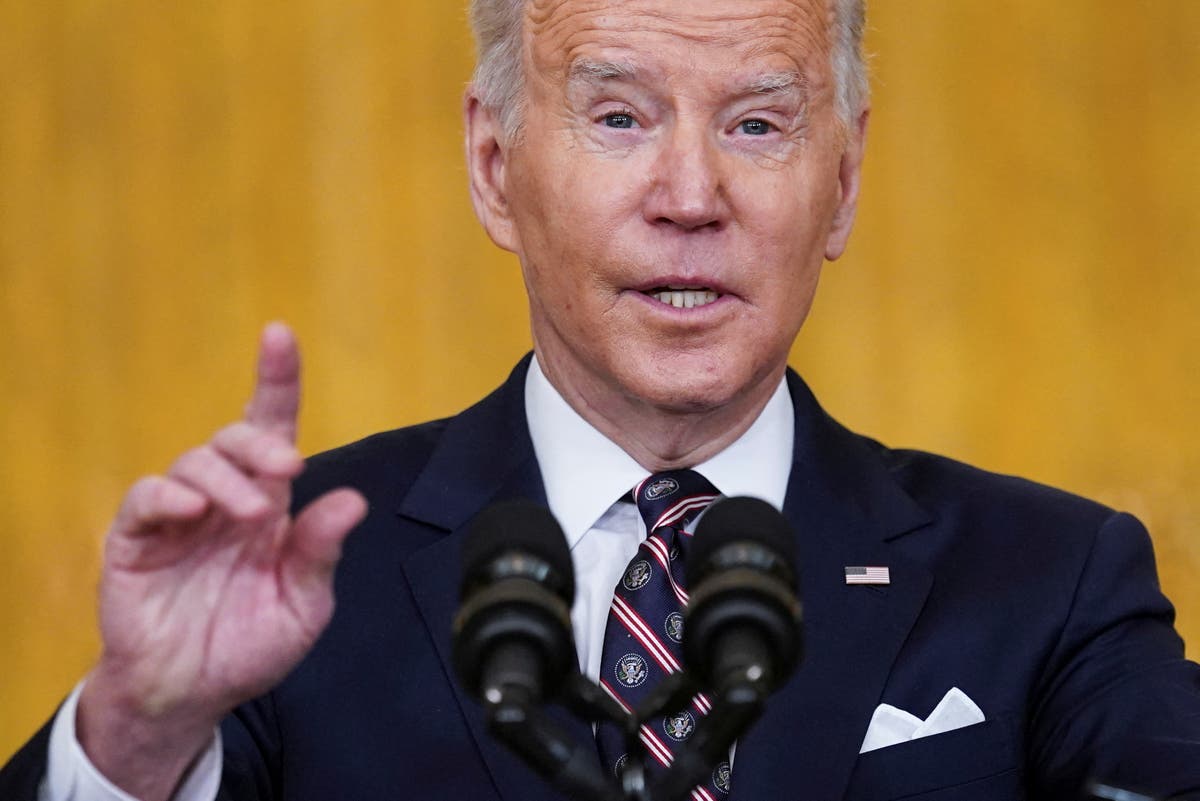 Biden spoke at a press conference in the East Room, calling the Russian military’s attacks that began Thursday targeting Ukrainian military assets across several cities a “brutal assault on the people of Ukraine without provocation, without justification, without necessity.”

Lamenting the “pre-meditated attack,” Biden asserted that “Vladimir Putin has been planning this for months.”

“This is a dangerous moment for all of Europe, for the freedom around the world,” he contended.

“In the contest between democracy and autocracy, between sovereignty and subjugation, make no mistake. Freedom will prevail,” he said.

Biden insisted that all available diplomatic options have been exhausted before indicating that he had authorized “additional strong sanctions and new limitations on what can be exported to Russia.”

He maintained that the additional sanctions would “impose severe costs on the Russian economy, both immediately and over time.”