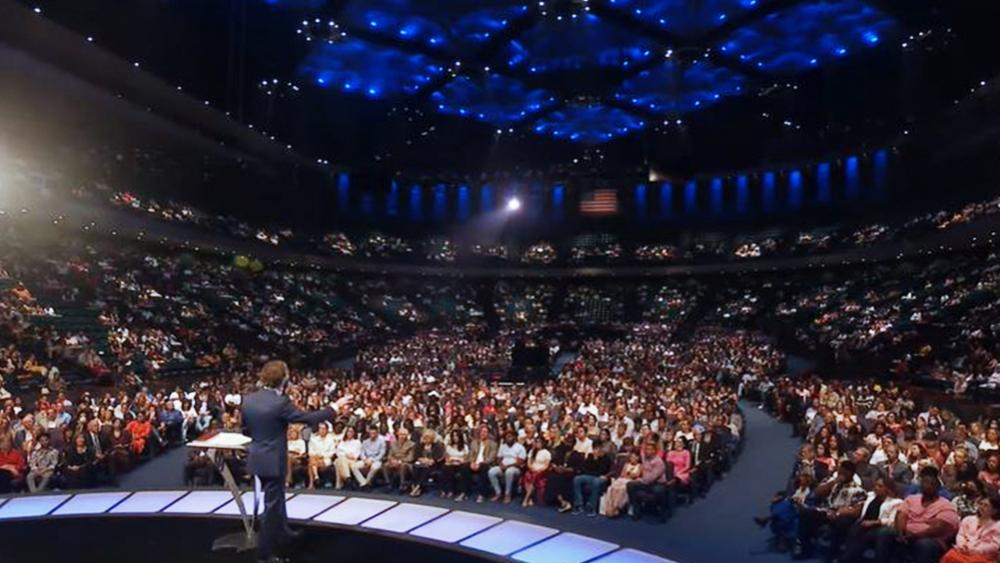 The protest was apparently in response to a leaked U.S. Supreme Court draft opinion written by Justice Samuel Alito that indicates the court is preparing to strike down the 1973 landmark Roe v. Wade decision that made abortion a constitutional right in America. First reported by Politico, that ruling could come down sometime this month.

The activist group Rise Up 4 Abortion Rights posted a short video to social media of their interruption of the Lakewood Church’s services Sunday afternoon.

The video, recorded with an iPhone from a floor seat, captures the start of Osteen’s message as the congregation stands to repeat a prayer with Osteen before he begins his message.

A man and a blonde woman appear in the video standing in front of the person with the phone. The woman and another woman sitting in front of her, appear to be taping Osteen with their phones as he leads the congregation.

As the prayer ends, the congregation repeats “In Jesus Name” and sits down as Osteen tells the audience, “God bless you.” Then the woman directly in front of the camera hands her phone to the man beside her.

The video then shows as the audience sits down, the woman remains standing and lifts her dress over her head.

“It’s my body! My f—–g choice!” the woman yelled as she turned to the camera revealing green handprints on her bra with a green bandana on her underwear.

“It’s my body! My choice!” she repeats as the video shows two other women who were sitting beside the woman taking off their clothes and begin chanting, “Overturn Roe, h— no!”