What we need is a Leader-shift not a Leadership Bet! 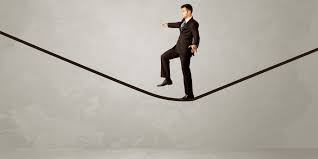 Depending on how one might want to look at it, the recent resignation by several civil servants to join politics has raised significant questions in my mind. The other day while watching the local prime news, I was stunned, and I kept asking myself, what should be the motivation for a career public servant towards entering the murky waters of politics: Greed? Selfishness? Political interests? Or common good of the people?

If it is greed, then where does public service ends as the search for profit begins; if it is political interests, is politics the dream of most civil servants, or is it a desire for a career change? Because if it is, then when did the shift from “business as usual’’ to “business unusual’’ happen?

I have witnessed in the recent general elections and by-elections situations where the political office has become both lucrative and sought after, in some cases, they are so high that the contests have become a do-or-die affair, confirming that no one gets into politics to loss and without calculated risk.

As much as those that have resigned have exhibited confidence that a win is guaranteed, it would be difficult to predict and foresee the possibility of winning a political seat in a general election for a public servant venturing into politics for the very first time. Such confidence requires a sure bet!

While no firm figures are available, analysts say politicians and political parties spend millions of shillings in every election cycle, but that is not likely to change even with an economic slowdown caused by the Covid-19 Pandemic. The bet and jostling for positions to vie for at the National and County levels and the election spending will be much higher in the forthcoming general elections.

Politics has become a lucrative business!

Why would someone spend and invest so much in a not-so-profitable venture? Why would a civil servant and those that held lucrative senior private sector positions place their bets on political leadership? Is it in pursuit of the perceived comfort and stature of a political office?

Politics has become a very lucrative business because you and I will recall instances where our political class found it so hard to declare their wealth and assets portfolios. There is, of course, a fair amount of corruption in politics around the world, and Kenya is no exception. I may not know the extent of it but, you know it is present.

Let me conclude because the more I write, the more questions come to my mind, and I may not get the answers to them either, but ideally, they form a basis for national discourse. 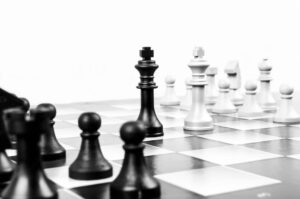 The yardstick to measure leadership success whether, one is in the public or private sector, should not be based on: power, position, or prosperity that comes with an office but on the number of people we touch with love, compassion, and care. Therefore, this calls for leader-shift where leaders will say what they think, do what they say, and believe rather than having a leadership gamble and a conflict between what they say and what they do with positions they hold.

I hope that a leader who has left the public service and made the leadership bet is doing so with a leader-shift mentality to change the way political influence has been perceived and exercised over the years. That when s/he wins and will the political power, they will exercise it for the societal growth and the common good of the people.

Do have a great “leader-shift” week ahead!