We have to be blunt, the country needs more help! 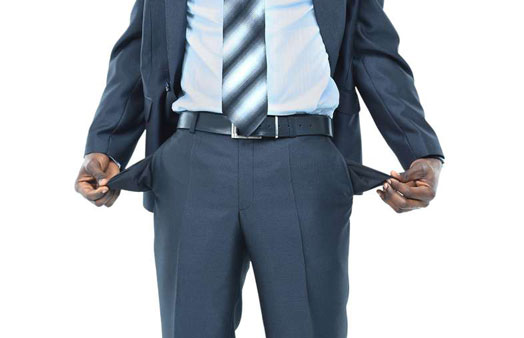 I am not political, but we have to be blunt, the country needs more help!

I am not going to put the blame at anyone’s door but I think the current collective stress of the nation should be pointed at the government and the two joint houses of parliament that have already adjourned ahead of the August 9th General Elections.

We have witnessed not long ago the severe fuel scarcity across the country, huge lines at fuel stations, and a ripple effect of higher pricing for other basic goods and services.

Some have argued that the high cost of basic commodities being experienced is due to the economic effects of Covid-19. However, they forget to note that the pandemic is what we couldn’t control because we were all going through it – the rich and the poor, alike! But now with energy prices, and the high cost of living. The anger is real!

It was saddening to watch a viral video of a Kenyan lady screaming in a supermarket over high maize flour prices an indication that the majority of Kenyans are currently unable to keep up with the food prices changing every now and then.

It was equally saddening to watch the second in command, Deputy President William Ruto while on a campaign trail and on his Twitter handle blaming the government for the current high cost of living and high unemployment rate on misplaced priorities by greedy individuals in the Government terming it as unusual. His only possible solution to the current economic myriads being faced right now was to promise that if elected, the Kenya Kwanza Alliance will get the country back on track.

On Tuesday 5th April 2022, Members of Parliament and Senators traded barbs over the fuel crisis in a heated debate on the floor of the house, the legislators took on each other in what one would term “a bare-knuckle fight” revealing the deep animosity between them.

In what appeared to be a well-coordinated scheme, the “honorable members” both of the Senate and Parliament stormed the two Houses, blaming the President for the crisis and demanding an explanation of how the funds allocated and approved in the budget to stabilize the fuel prices, for example, had been expended.

While Kenyans were waiting on their representatives to come up with proposals for a lasting solution to the skyrocketing cost of living, they instead engaged in a blame game.

While on a campaign rally, the Azimio-One Kenya Alliance Presidential candidate and the ODM leader Raila Odinga said corruption is the main cause of high living standards in the country, to him, this is what has led to the harsh economic status.

But who are these cartels and economic saboteurs causing us this pain and distress?

The latest study conducted by researchers at the State-run Kenya Institute of Public Policy Research and Analysis (Kippra) shows that 63 percent of Kenyan households’ experienced “multidimensional poverty” in the financial year 2020/2021. This means that close to two-thirds of households in Kenya are currently exposed to poverty, leaving them without access to basic public services such as access to safe water, sanitation, education, electricity, food, and housing.

For a moment, think of the persons living with disability who are unemployed, those that can’t work to afford a meal a day, or the basic healthcare services! We need to protect our poorest and those on lower-income levels.

When you see small businesses raising their prices today and over the coming months, it’s not to make more money, it is to stay open, keep their employees working and to continue to serve their customers.

Yes, we are being advised how we need to tighten our belts where we can, but many people have tightened their belts to the point that they can’t be tightened anymore, and the only room, therefore, is an honest political intervention on the cost of living and not the political rhetoric we are being treated to.

We need help…the unbearable cost of living is not a party political point, it is a humanitarian point.