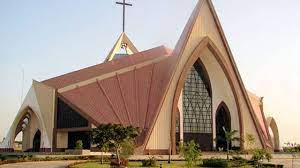 World Council of Churches (WCC) acting general secretary Rev. Prof. Dr Ioan Sauca expressed deep concern about the worsening security situation in Nigeria, and the impact on the people and churches of the country.

“Boko Haram, Islamic State West Africa Province (ISWAP), and criminal kidnappers have continued to commit crimes and atrocities against the people of Nigeria for over a decade,” said Sauca. “Despite the efforts of the Federal and State authorities in Nigeria to control the situation, these crimes and atrocities continue largely unabated.”

The lives and property of Nigerians have continued to be in danger, and poverty and hunger are increasing because farmers are not able to access their farms. “More and more children are out of school because of parents’ fears that they may be kidnapped or killed by bandits who attack schools and abduct students and teachers,” said Sauca. “The WCC has received reports of thousands of people brutally murdered in their homes, houses and livelihoods destroyed, women raped and assaulted by abductors, and many people – including school children, women and religious leaders – kidnapped and their families obliged to pay heavy ransoms for their return.”

Among other victims, the Christian communities of Nigeria are losing many people and properties to the ongoing attacks by terrorists and criminals. “It is noteworthy that one of the Governors from the Northeast has recently been moved by the deteriorating situation to appeal for more seriousness in fighting the insurgents, especially ISWAP, before it is too late, and has urged the Federal Government to seek international assistance to restore security in the country,” said Sauca.

“The World Council of Churches therefore calls on the international community to offer every possible support and assistance to the Nigerian authorities and people to bring an end to the killings, kidnappings and looting, to restore security, and to enable Nigeria schoolchildren to go to school without fear and the people of Nigeria to carry on their lives and livelihoods in safety and dignity.”