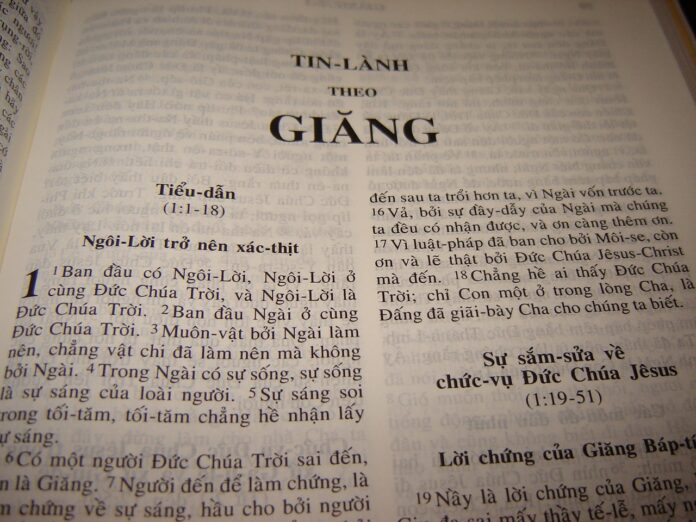 The Vietnamese government has announced plans to deliver over 4,000 copies of seventeen religious books, including the Bible, to 54 prisons across the country. The seventeen approved books also include Buddhist scriptures and a book by the country’s Communist founding leader Ho Chi Minh, titled “Viewpoints on Mobilising Religious Followers”.

A high-ranking government official said the plan demonstrates Vietnam’s commitment to ensuring religious freedom, while Maj. Gen. Nguyen Viet Hung, deputy director of the Police Department of Prisons, Correction Centres, and Juvenile Reformatory Management said that allowing religious texts in prison should raise awareness about the Communist Party’s guidelines and governmental policies and laws on beliefs and religions as well as the values and influences of religion on social life.

However, the announcement has been dismissed as a public relations move by Tran Minh Nhat, a Catholic former prisoner, who stated, “In most cases, their inclusion of scriptures or religious publications is mainly for embellishment purposes. The government provides religious publications mainly to deceive public opinion, not to meet the needs of those who are serving jail sentences. It’s just for the sake of doing it.” Mr Nhat, who spent time in six different prisons during his five-year sentence, said that prisoners were prohibited from having their own Bibles, Buddhist scriptures or any kind of religious publication, even items that had been licensed by the government. Prisoners of any faith were prohibited from praying in groups.

A Protestant former prisoner, Siu Wiu, who spent 13 years in prison for “disturbing security” by leading Christian worship in public said that the Vietnamese government has never cared about religious, political or ethnic rights. “As far as I know, the Communists never tell the truth. They say one thing but do another. I’m living proof, there’s no such thing. One time my wife visited me and smuggled a Bible in an instant noodle packet for me. When prison staff spotted the Bible, they chained me up for seven days. Prior to that, I was disciplined and shackled for two weeks and then put in solitary confinement for six months because one time, when I called home, I asked the people in the village to pray for me on Sundays,” he said.

Supporters of Pastor Y Yich who is currently serving a twelve-year prison sentence have given a cautious welcome to the move. A member of the Vietnamese People’s Evangelical Fellowship said: “We can be cautiously optimistic that Pastor Yich may have access to the Bible on a more or less regular schedule. Details such as how often or would prison authorities require prisoners to read a certain number of propaganda books along with religious texts are lacking at this time. Time will tell.”