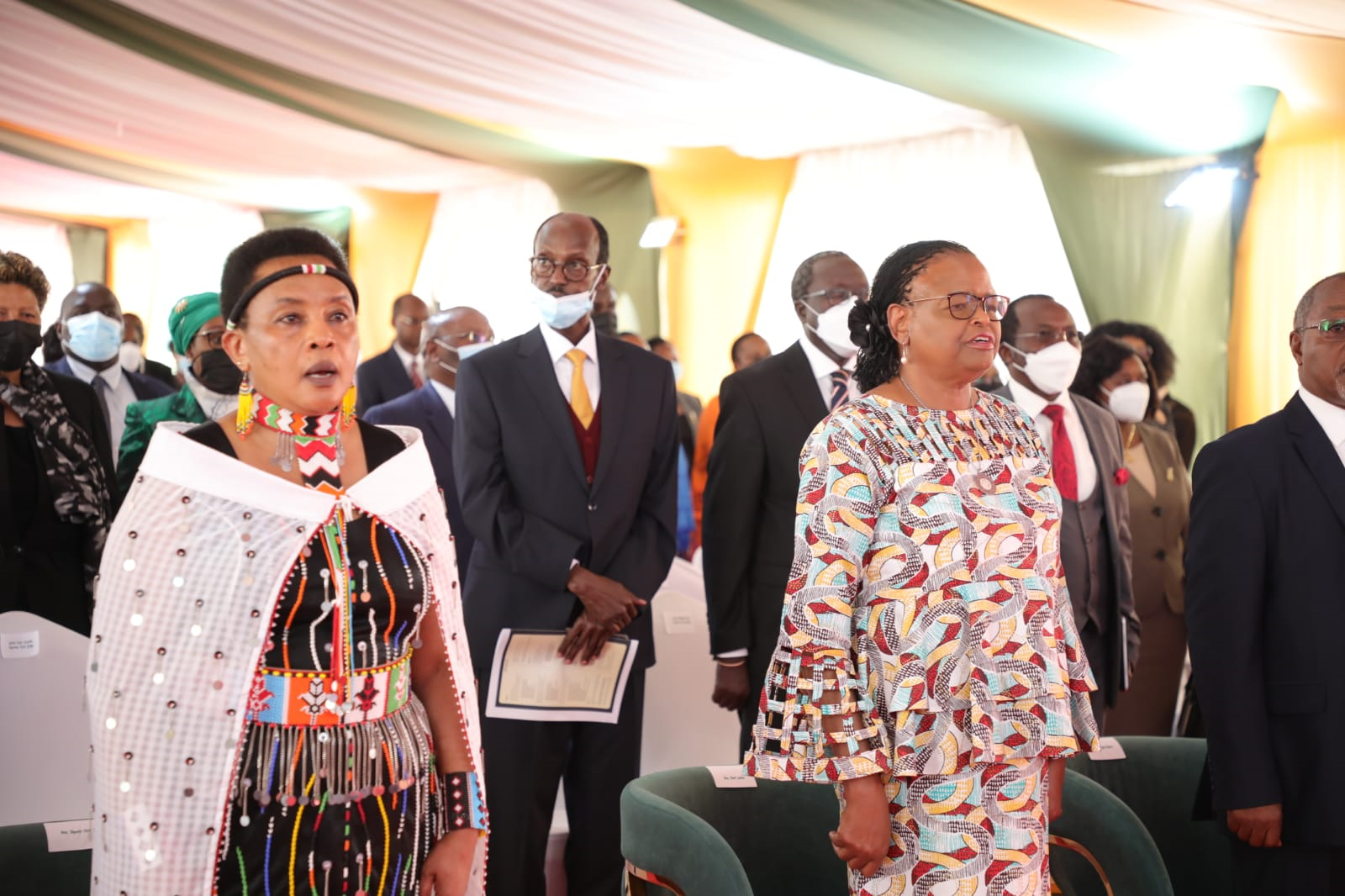 Today marks one year since Lady Justice Martha Koome assumed office, and it is also the day the Supreme Court has hosted the inaugural Judiciary National Day of Prayer and Fasting. The prayer event under the theme: God loves righteousness & Justice was marked at the Supreme Court garden in Nairobi and replicated in courts across the country.

While observing prayer and fasting, judges and other judicial officers reaffirmed their oaths of office while at the same time, the Chief Justice reiterated that everybody wants to experience justice, to be treated with dignity, and experience fairness.

“None of us can do anything of significance let alone succeed in the enormous project of institution-building and socio-transformation without the support of others and the grace of God.” CJ Martha Koome said while speaking at the Prayer event.

CJ Koome also took the opportunity to enumerate the achievements the Judiciary has made over the past year since she assumed office as the 15th Chief Justice of the Republic of Kenya and the 3rd President of the Supreme Court of Kenya.

“Our institution-building effort has picked up and I am happy to report that we have held very successful discussions to operationalise the Judiciary Fund, which is key to securing the financial independence of the Judiciary.

Another notable achievement is the establishment of a Judiciary Police Unit with 3,000 police officers, which is key to securing our court infrastructure, our personnel and court users.” CJ Koome said.

Lady Justice Koome emphasised that the goal of revamping judicial education has also received a shot in the arm through the allocation of land (55 acres) which will enable the Judiciary to realise the long-held dream of establishing a home for the Kenya Judiciary Academy.

The Judiciary has also partnered with Huduma Kenya to operationalise Judiciary Desks at 52 Huduma Kenya centres by leveraging on technology to enhance efficiency by working towards the establishment of fully functional e-courts throughout the country.