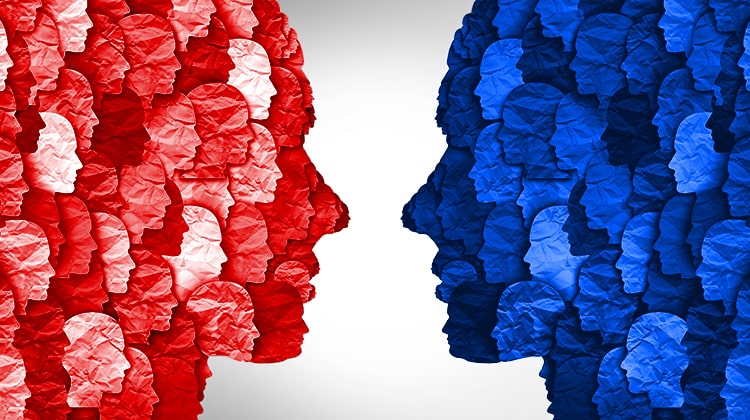 When I look at the current happenings surrounding the electoral process in our country, it all brings to mind the story in Judges, chapter 12 where the people of Gilead used the word “shibboleth” to identify their enemies, who could not pronounce it. The word cost thousands of men their lives. (You know the story, right?)

The Gileadites captured the fords of the Jordan leading to Ephraim, and whenever a fugitive from Ephraim would say, “Let me cross over,” the Gileadites would ask him, “Are you an Ephraimite?” If he answered, “No,” 6. they told him, “Please say Shibboleth.” If he said, “Sibboleth,” because he could not pronounce it correctly, they seized him and killed him at the fords of the Jordan. So at that time 42,000 Ephraimites were killed. Judges 12:5-6

A shibboleth is any custom or tradition, usually, a choice of phrasing or even a single word, that distinguishes one group of people from another.

In our country, our Shibboleth has been politics of tribe, strong beliefs, points of view, corruption, hate speech, negative ideologies, et cetera, used by politicians to cause disunity. You can’t turn on the TV, read a newspaper or browse the net without being bombarded by them.

In May 2022, The National Cohesion and Integration Commission (NCIC-Kenya) in their preparedness and readiness for the general elections, released a Conflict Hotspot Mapping Report where the findings of the report identified 33 counties as possible post-election violence hot spots.

The Commission went further to blacklist 21 words that politicians were using in the campaign trail. The terms were in various languages deemed inciteful and divisive. NCIC Chairperson Reverend Dr.Samuel Kobia, in a presser, described the words as coded messages which can be used to incite hatred and violence, despite them being from various Kenyan dialects.

According to the Commission, some of the words in the list included: Madoadoa (spots); watu wa kurusha mawe (those who throw stones); Kaffir (pagan); wakuja (foreigners); mende (cockroach); kama noma noma (no matter what); hatupangwingwi (can’t tell me nothing); kihii (young boy); kimurkeldet (brown teeth)…and the list is long!

But why should we as a country be caught in such a hyper-conflict environment that divides communities-and even families? Why have we branded ourselves depending on which term defines the political side you are on with “hidden terms” that describe our ethnic groups during a political season?  Why the Shibboleth?

While expressing confident and satisfaction of the ongoing tallying process, EAC Election Observer Mission led by former Tanzania President, Jakaya Kikwete, together with the members of the AU, EAC, COMESA, and IGAD told the press on Thursday, 11th August 2022, that they conducted an assessment of conflict prevention and mitigation of risk factors to be taken into account during this year’s elections. A clear indication that they acknowledged how polarized and divisive our politics can get.

Our democracy has largely been reduced to a contest between us vs them. Many people vote only because they’re legally obliged to do so or because their political divide have persuaded them to do so. The only thing that changes in this country is political parties and coalitions. The disruptive nature of our politics sometimes leads us to bleed.

If you take a keen look at the things that divides us, most often it shows that we are so angry with each other. The annual World Happiness Report of 2022 ranks Kenya at number 119 out of 146 countries in global happiness, barely unchanged from 121 out of 149 countries surveyed in 2021.

The findings of the 10th report by the UN Sustainable Development Solutions Network suggest Kenya is the 28th unhappiest nation in the world. Respondents cited the perception of widespread corruption in government as the biggest driver of negative emotions.

Kenya faces numerous challenges that threatens its peace, cohesion and integration. Our leaders know this too well, however, they thrive in our disunity.

After the formation of the unity government, that was occasioned by the 2007-2008 post-election violence, the late President Kibaki and Prime Minister Raila Odinga opened a three-day “Kenya We Want Conference” in 2009 with an aim to unite the country. The slogan “Kenya We Want” suggested that Kenya needed to move from “The Kenya We Don’t Want” towards a better Kenya, but which future did it refer to?

Is it our current future where the word “shibboleth” is used to identify our enemies or those against us or a future to unite?