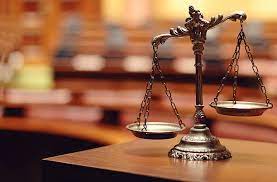 The country’s focus for the better part of the week has been on the transport industry. With petitions and government directives coming up to regulate the industry, more so the “Boda Boda industry.” As fresh details emerge on the incident that caused the “revolution” of the industry. A bigger question needs to be asked: How will justice be served to both victims? To live in a bubble where we become short sighted of the two contrasts is an equivalent of committing the crime itself.

The president of Kenya Uhuru Kenyatta gave a directive to regulate all motorbikes through Sacco’s and implemented a crackdown in the entire country. Yesterday, police officers were on the ground to implement the set directives. However they soon took to their heels as “rogue riders” turned against and overpowered them.

Looking at the Matatu industry that has been regulated, it still showcases regulations only works for a short spanner of time. A regulated Sacco Transline, its employees were seen assaulting a woman who was carrying a child. When the husband tried to intervene to protect his family, he was also viciously roughed up.

Taking the law into our own hands seems to be the underlying factor in both incidents. The perpetrators seem to feel justice will be best served through their hands and not through the law. When did civilization work out of our minds and hearts?