The Quest of Identity: I am not entirely human! 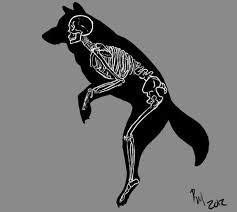 What makes you human? What is humanity? Where do you find your identity from? Well, some people believe they are nonhuman. They exist through reincarnation, ancestry, symbolism, or metaphor. They call themselves the “Otherkin”.

Otherkin claim that they are not entirely human hence they cannot identify as one. The first appearance of their “community” traces back to the 1970s. This group of people identified themselves as “elves” or “elfin kind.” The community continued to grow until the 1990s when they officially organized a mailing lost the ElfKind Digest to reach other individuals who identified as such.

“The subculture needed a more inclusive term for non-humans—and an efficient shorthand, too. So, Torin/Darren Stalder stated he coined otherkin for this purpose and also because he didn’t want to type out “elf/dragon/orc/etc.-kin” every time. By July 1990, both otherkin and otherkind came into use interchangeably in the community. While otherkind was initially more common, otherkin became the preferred term. The term is a compound of other (here, “non-human”) and kin (“relations,” especially used of closely related animals).”

Apparently, there is an “awakening” that occurs to bring the individuals to the realization that they are “Otherkin”. Researchers and other medical practitioners have been working hard to establish whether the members of the Otherkin community have a mental disorder.

The series continues next week, where do you form your identity from? Is an awakening yet to happen to you?