The 7 Churches of Revelation: A God Who Reveals 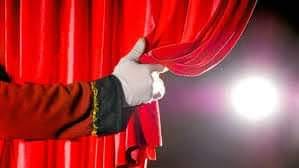 Revelation 1:1‭, ‬3 TPT
This is the unveiling of Jesus Christ, which God gave him to share with his loving servants what must occur swiftly. He signified it by sending his angel to his loving servant John. A joyous blessing rests upon the one who reads this message and upon those who hear and embrace the words of this prophecy, for the appointed time is in your hands.
The book of revelation is one of the books in the Bible that many find hard to read. Some are afraid to read it for one reason or another but the amazing thing is that the book contains a promise to those who read it. It says a joyous blessing rests upon the one who reads and embraces the message of this prophecy.
This means that the book is a prophecy of what is to take place at the end of time.
God has a pattern of warning us before he does anything major on this earth. Before the flood, he instructed Noah to build an ark in preparation for what was to come. Noah embraced the words of this prophesy and he build and the ark and he and his family were saved.
God went on to tell Abraham what he was about to do in Sodom and Gomorrah and Abraham tried to plead for the inhabitants of Sodom but none were found to be righteous. Abraham was able to plead for Lot and his family to be rescued but Lots wife looked back and she became a pillar of salt.
Even before Jesus was born, prophecies were spoken about his birth but still many people missed it.
Jesus foretold his death and resurrection but still many did not believe and still do not believe that he rose from the dead.
God always warns and communicates before he does anything major on earth.
The book of revelation is a warning and a prophecy of what is to come.
Have you read and embraced the words of this prophecy?
Reflections
Have you read through the book of Revelation?
If no, why not?
If yes, how have you embraced the words of the prophecy in this book?
Share
Facebook
Twitter
Pinterest
WhatsApp
Previous articleThe Five Crowns: The Crown of Rejoicing
Next articleNashville pastor saves congregants from gunman who attacked during prayer