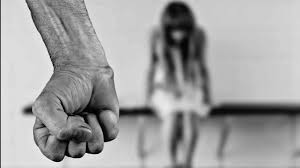 Parenting is an art in its own. Borrowing from a quote from a transformational leader, “We teach what we know and we produce who we are,” Rev. Joseph O. 2022. Our individual characteristics, experiences, likings, and influences shape how each one of us raises or will raise our children.

This week Vernacular gospel artist Stephen Kasolo trended for all the wrong reasons. Kenyan netizens and Kasolo’s fans pounced on him with criticism on how he was raising his daughter, Shine. The clip that went viral shows Kasolo scolding Shine after she broke an “expensive” water bottle. The cause of the outrage was not the scolding but the “threats” issued in the clip, “Nikuuwe, Nikunyonge.” Translating to “do I kill you, should I strangle you.”

“As a mother, it personally hurt me listening to his words. I can imagine how even my parents’ words affected me overtime when I was a child. I wouldn’t crucify him because he is doing what he knows best. This is what he received from his parents and this is what they received from their parents,” Cikkii W. –Digital Marketer. In the African context strict parenting is what causes this form of trauma in most children. The attempt to strike balance between “terror” and “respect” is where most parents fail. Psychologists define strict parenting as, placing high standards and demands on children. They can either be authoritative or authoritarian, depending on the parents’ disciplinary beliefs and responsiveness to their child’s needs.

Sharing her personal story and journey of healing Cikkii went through trauma inflicted by “strict parental figures.” The effects made her question and believed that she is cursed, she is not worthy and she will not amount to anything all these torments arose from the words she continuously received in abundance. Growing up the smallest mistakes that some would deem growth patterns outweighed Cikki as a child due to lack of positive reinforcements.

Cikii realized her shortcomings when she became a parent herself. She struggled on how to unlearn what “parenting” was to her. But also how to start healing and growing as a parent. She believes in having open conversations, a heart to heart with her child. This in return has created a friendship and a deeper bond with her daughter. Cikkii took a step up further to have an open conversation with her parental figures and other parents on the importance of positive parenting.

Tracking back to the viral incident, “We really should stand together as people who have seen and know how serious mental health is and how these wounds we create in children when they are young fester when they are adults. As a community, we should accept that we are broken. Not to condone what he is done but to start taking positive parenting seriously. Parenting classes should not be for a select few. These classes are offered in churches and will help us unlearn and deal with our own trauma,” Cikkii W. –Digital Marketer.

The artist apologized to his daughter and the netizens at large on social media, “Praise God my fans? I want to take this opportunity to apologize to my baby and all our fans for the video which is going viral, I never meant any harm to my daughter and I never will. Nevertheless, it has brought a lot of tension on social media. Kindly forgive me this will never happen again am sorry even before God…”

In order to grow, one must accept their shortcomings and be ready to make the tough change. Dear parents/ future parents don’t be terrorists be a parent!