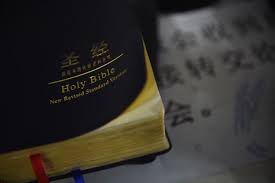 A persecution watchdog has said the threat of digital persecution is rapidly spreading across the world and is concerned that governments and tech companies aren’t taking notice.

A new report by Open Doors UK, Digital Persecution – The New Frontier for Freedom of Religion or Belief, has highlighted that Christians are increasingly being persecuted via surveillance, censorship, and disinformation.

The report explains how in China, for example, Christians are being targeted via CCTV, data harvesting, spyware, and state monitoring of social media.

Dr. Dave Landrum, director of advocacy and public affairs at the charity told Premier: “China, as you would probably expect, is leading the world in this technology, the development of this technology, and also the exporting it all over the world.

“And de facto when countries buy this technology to monitor their own dissidents, they’re then operating by the Chinese Communist Party playbook, which is to oppress religious minorities.

“The Chinese Communist Party have apps that they provide to their citizens to report bad citizenship. So Christians are monitored, they’re tracked with location and proximity apps.”

In March, China published a draft of legislation banning all religious communication online.

Meanwhile, in India, the report details Christians being targeted through disinformation and incitement of mob violence through social platforms. It has resulted in the whipping up of mob violence against Christian and Muslim minorities in several states.

The report has been published a day before the UK Government’s first International Freedom of Religion or Belief Conference.

Open Doors has urged politicians to prioritise research and action into digital persecution.

Dr. Landrum added: “It’s vital that governments and tech companies grasp the gravity of the situation.

“All forms of digital persecution are growing at a frightening pace and leaving the potential enforcers far behind in their wake. In the words of two Colombian academics: ‘Defeating digital persecution in the Global South today would save four billion people from serious hardship tomorrow.’”