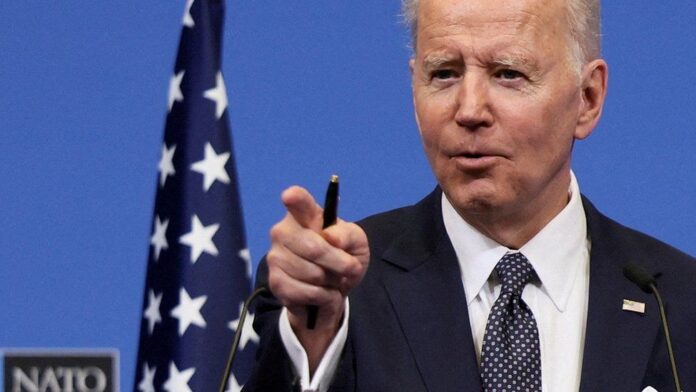 US President Joe Biden has said Nato “would respond” if Russia uses chemical weapons in Ukraine.

The president – who is in Europe for talks with allies – did not spell out what that might mean.

His comments came on an unprecedented day of emergency summits in Brussels, where Western leaders showed a united front against Russia’s invasion.

Mr Biden is travelling to Poland on Friday where more than two million Ukrainians have fled from the fighting.

Asked whether the use of chemical weapons by Russia’s Vladimir Putin would prompt a military response from Nato, Mr Biden replied that it “would trigger a response in kind”.

Western nations have warned Russia could be preparing to use chemical or biological weapons in Ukraine, as its invasion of the country enters its fifth week.