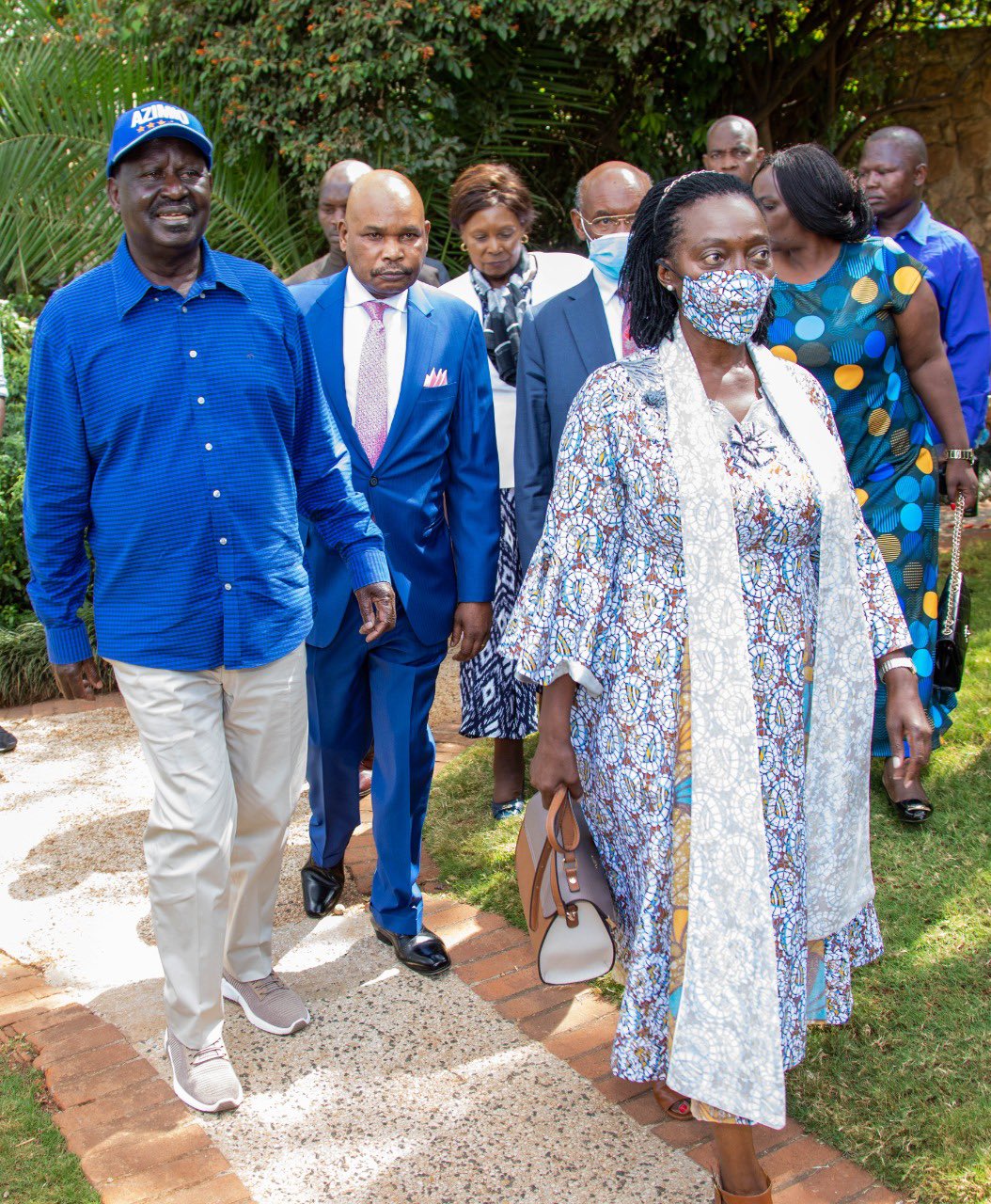 Karua and Odinga teamed up after a series of consultative conversations between her party and Odinga’s camp, which culminated in the two making a statement at the Nairobi Serena Hotel on Wednesday.

Following the deliberations, Narc Kenya has decided to back Raila’s bid for State House.

“From now onwards, NARC Kenya and I are supporting the Azimio Presidential candidate, the right honorable Raila Odinga.” She said.

While admitting that both the Azimio and Kenya Kwanza coalitions had a few renegade members, Karua said she was pulled to Odinga’s side because the majority of his allies genuinely want the best for Kenya.

“I have been looking keenly and I have been able to identify a critical mass of good people within the Azimio coalition and that is all that is needed to fight for the second liberation in this country,” she said.

Karua likewise stated that Raila’s 10 point agenda, which she says will change the lives of Kenyans for the better, also drew her into the Azimio coalition. The Kirinyaga governor aspirant also added that she will now move o drum up support for Odinga’s presidential bid ahead of the polls.

“I am committed and so is NARC Kenya to popularize the Azimio presidential flag bearer and his point agenda which as my secretary-general has said is part of the social justice ideals that we stand for,” she said.

By joining the Azimio camp, NARC Kenya has effectively severed ties with the One Kenya Alliance,